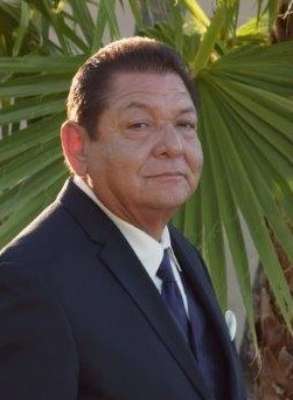 61, passed away peacefully on August 11th with family at his side. Ricky is survived by his children Ricky Jr., Michelle, Briana and Veronica; grandchildren Frank Jr., Angelina, Reymond, Katia, Ricky III and Aiden; as well as his sister, Debra and brother, Camilo. Ricky retired in 2009 from The City of Phoenix, where he dedicated over 20+ years of service to the Valley’s parks and recreation areas. Ricky was filled with faith and trust in God as a dedicated member of the Catholic Church. A Visitation will be held at 9:30 A.M. with a Rosary at 10:15 A.M. and a Funeral Mass at 11:00 A.M. on Wednesday, August 17, 2016 at St. Agnes Catholic Church, 1954 N. 24th St, Phoenix. Burial will follow at St. Francis Catholic Cemetery. Contributions and or donations may be made to the family in lieu of flowers. Arrangements entrusted to Whitney & Murphy Funeral Home.

Offer Hugs From Home Condolence for the family of CASTRO, RICKY E.