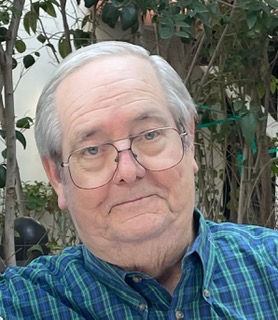 Edwin F. Cathcart, Jr, age 78, passed away on December 7, 2022. He was surrounded by loved ones until the end. So many people will always remember him as a loving husband, father, and grandpa.

Ed (Ned to family growing up) was born in Ohio. He spent most of his youth in Bay Village until he moved to Williamsville, near Buffalo N.Y. to attend his last years of high school. For college, he went to Miami of Ohio where many fun memories have been shared. After college, he joined the army and went to Vietnam to serve as a clerk during the war. Upon returning home, Ed went back to school and earned his law degree from Case Western Reserve in Ohio. Afterwards, he traded in the snow for sunshine and moved to AZ. Ed was a prosecutor for the Maricopa County Attorney’s office for over 25 years. While in Tempe, he was very involved in the community including the Kiwanis Club where he served as president. He was an avid lover of the ocean, former scuba diver, pilot of Cessna planes, and took his family out sailing when he could, including a trip in the FLA Keys. He was fortunate to travel to many amazing places around the world. Ed had an appreciation for fine cuisine and wine along great company to share it with. But most importantly, he was a wise and gentle soul, and an honorable, kind, good man.

Ed is survived by his spouse Sheila Cathcart (son Michael McWilliams and wife Mary), daughter Allyson Cathcart Tolliver (husband Roland), brother David Cathcart (wife Marty), his 2 nephews Blair and Grant Cathcart and his 4 grandchildren who he adored: Lucas & Ella Tolliver, Katie & Lauren McWilliams, as well as many close and dear friends. He has joined some beautiful souls including his late wife Leslie and his son John who passed before him.

His family is asking for donations to be made to the organizations below in lieu of flowers: The Red Cross at https://www.redcross.org/donations/ways-to-donate/tributes.html; or Savior Hospice and Palliative Care, 4530 E. Shea Blvd., Ste. 160, Phoenix, AZ 85028, https://www.saviorhospice.org/donate-now/.

Offer Hugs From Home Condolence for the family of CATHCART JR., EDWIN F.