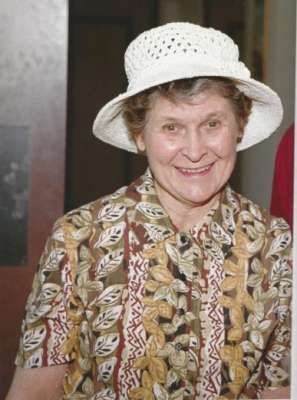 Jane Adelle (Harvey) Chalmers died peacefully at Beatitudes Campus in Phoenix, Arizona on January 16, 2015 at the age of 89. Jane, an Arizona native, was born in Miami, Arizona on January 14, 1926. As a three-year-old, she was a flower girl in a “Tom Thumb Wedding” play at the Divine Grace Presbyterian Church in Miami.  Her family moved to Brawley, California and then to Douglas, Arizona. They later moved to Tucson, Arizona where Jane attended Manville Junior High.   Her dad was called to active duty as a Company Commander for the Civil Conservation Corp (CCC).  She and her family traveled all over Arizona with the CCC’s:  Papago Park, South Mountain Park, the Petrified Forest, and Saguaro National Park in Tucson. They moved once again to Phoenix and she attended Phoenix Union High School from 1940 – 1942. Jane was a member of the International Order of the Rainbow for Girls — a Rainbow Girl. Her father was transferred to Army’s Service of Supply in Texarkana, Texas where she attended Texas High School.  When the War broke out, her family relocated to Denison, Texas and she graduated from Denison High School in 1943.  She was voted Most Popular Senior Girl. Jane graduated cum laude from Baylor University in 1947 with a Bachelor of Arts degree in English.  After the war, she joined her parents as they served occupation duty in Japan.  They returned to Phoenix in 1950.  She then worked as a secretary to the Dean of Phoenix College, Dr. Robert Hannelly. Jane was an avid outdoorswoman and travel companion with her husband. She enjoyed backpacking, biking, hiking, boating, and visited every continent throughout their world travels. She kept extensive written journals of all of her trips, with the exception of her China journal, which she lost in the Yangtze River, much to her dismay! She was a volunteer leader for the Girl Scouts of America and a long-time docent for the Phoenix Art Museum.   Jane was a devoted member of the First Congregational United Church of Christ (First Church) in downtown Phoenix, for over 63 years.  She taught Sunday school and sang in the church choir for over 30 years.   Jane met her future husband, Stephen Chalmers, at First Church.  They married there in August 1953 (with no air conditioning) and celebrated their 59th wedding anniversary in 2012. Jane is preceded in death by her husband Stephen and parents, Colonel Quinton C. (QC) and Alline Harvey, sister Betty and brother Quinton.  Jane is survived by her four children: sons Craig (Trina), Mark (Robi), and Seth (Susan) and daughter Clare (Craig Angell).  She has eight grandchildren: Christine, Evan, Devan, Casie, Eric, Kyle, and Scott & Kjersten Angell. A service to celebrate Jane’s life will be held at the First Congregational United Church of Christ on Saturday, February 21, 2015 at 10:30 a.m.  A reception will follow in Pilgrim Hall.  First Church is located at 1407 North 2nd Street, Phoenix, 85004 (southeast of McDowell Road and 3rd Street). Jane is interred with Steve at the National Memorial Cemetery of Arizona, Phoenix.  They will be forever together. In lieu of flowers, the family suggests donations be sent in Jane’s name to First Congregational United Church of Christ. 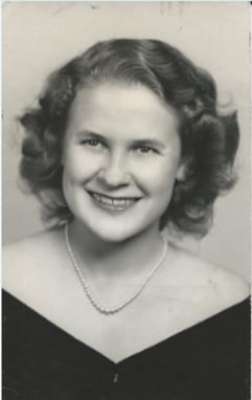 Offer Hugs From Home Condolence for the family of CHALMERS, JANE ADELLE (HARVEY)