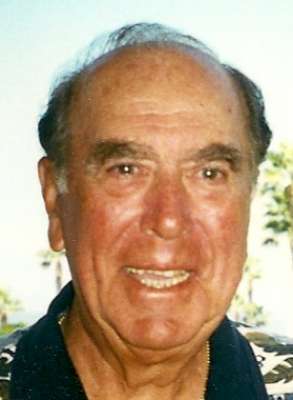 89, passed away January 29th, 2014.  William was born in Philadelphia on November 25, 1924. He attended Roman Catholic High School and was a Hall of Fame Athlete.  He attended Holy Cross and was a World War II Veteran, had a career in banking at The Arizona Bank and retired from the Bank of America.  He was a proud member of the Casa Choir for many years and sang with the Phoenix Symphony Opera Choir.  He was a gentle, kind and loving husband, father and grandfather.  He is survived by his wife, 9 children, 22 grandchildren, and 7 great-grandchildren.  A Memorial Mass will be held at 10:00 AM on Monday, February 3, 2014 at Franciscan Renewal Center, 5802 E. Lincoln Drive, Paradise Valley, AZ.  In lieu of flowers a donation to the church building fund at The Franciscan Renewal Center in his name would be appreciated.

Offer Hugs From Home Condolence for the family of CHAPPARONE, WILLIAM D.