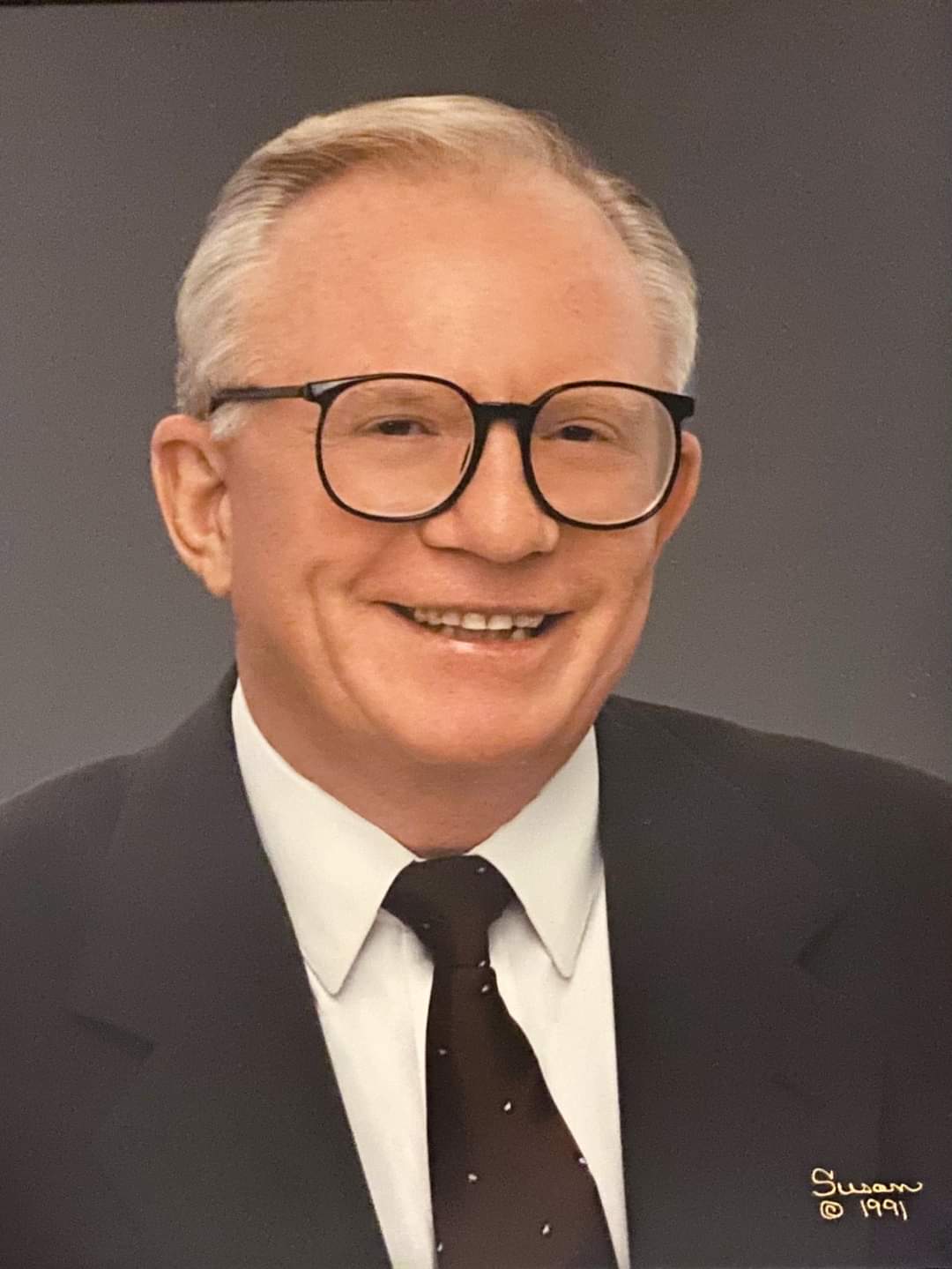 Surrounded by his family, Charles Moulton Brewer passed away on August 13, 2021. He was born on June 9, 1931 in Washington, District of Columbia, to Charles MacFarlane Brewer and Monemia Agnes Moulton. Charles was the older of two brothers, and he grew up under the principle that hard work and dedication bring success.

Charles’ passion for the law began during his undergraduate years at the University of Maryland, where he graduated in 1953 with a Bachelor of Science degree in Government-Politics and Economics. Just out of college, Charles entered the United States Air Force at Bolling Field in Washington, D.C., where he held the rank of First Lieutenant. It was during his military service that he decided to combine his desire to be an attorney with his fascination of airplanes. He was also an accomplished baseball player on the Air Force baseball team and received six different professional offers, which he turned down to pursue a legal career. It was during his military years that Charles met his wife of 51 years, the late Lavon Brown Brewer. Charles went on to earn his Juris Doctorate from George Washington University Law School in 1957. Charles and Lavon relocated to Arizona in 1958 where Charles was a Law Clerk to the late Chief Justice Levi S. Udall of the Arizona Supreme Court. Charles always credited his time with Chief Justice Udall as “the greatest legal training in the world.”

Charles M. Brewer was admitted to the legal practice in the State of Arizona in March of 1959, where he continued his well-documented career for nearly six decades. He was a formidable figure in the legal arena and one of America’s most preeminent attorneys. As a Certified Specialist in Personal Injury and Wrongful Death Litigation, Charles Brewer aggressively represented his clients and transformed not only Arizona law, but also many large corporations by forcing them to improve their safety procedures. As a modern day David, he consistently battled and won against the Goliaths of industry.

Charles Brewer’s professional achievements and legal memberships were numerous and well earned. The Arizona State University College of Law named a Professorship of Trial Advocacy after him, and he was often invited to be a guest lecturer on personal injury and trial practice at both ASU and Stanford University. He held his Commercial Jet Airline Transport Pilot Rating since 1977, and Charles used his flight expertise to represent aviation victims, most notably from the Northwest Airlines Flight #255 crash. Charles Brewer was a member of the International Academy of Trial Lawyers and a Diplomat of the International Academy of Litigators. He held memberships in the Lawyer-Pilots Bar Association, the American Board of Trial Advocates, the American Judicature Society, the International Medical Society of Paraplegics, the Association of Trial Lawyers of America, as well as the California Trial Lawyers Association. Year after year, Charles Brewer was listed in multiple legal publications including Best Lawyers in America, Who’s Who in America, Who’s Who in American Law, Who’s Who in the World, Markham’s Negligence Counsel, The Bar Register of Preeminent Attorneys, and Martindale-Hubbell, in which he was AV Rated.

Aside from all his professional accolades, Charles Brewer’s greatest personal accomplishment was by far his family. He loved being a father, grandfather, and great grandfather. He could always be found cheering on his grandchildren in their various sports and beaming with pride at their academic achievements. In addition to being the patriarch of his family, Charles was a prankster at heart who would spend hours devising the perfect prank and its execution.

Charles is preceded in death by his wife, Lavon Brewer, a daughter, Suzanne Brewer, and his younger brother, Glenn Brewer.

Charles M. Brewer will be missed dearly, but he will always be remembered as a pioneer in the legal community who paved the way for future generations of trial attorneys, as well as his innumerable contributions to Arizona law.

Funeral services will be held Saturday, August 21, 2021 at 11:00 AM at Brophy Chapel, 4701 North Central Ave., Phoenix, AZ 85012. Interment will follow at Greenwood Memory Lawn Cemetery. Condolences may be expressed at www.whitneymurphyfuneralhome.com