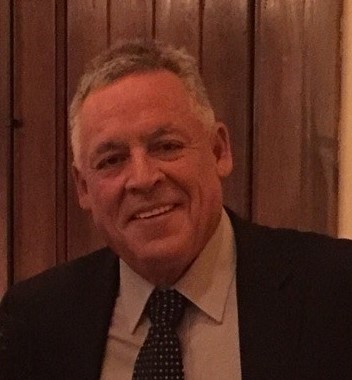 Anthony Benjamin Chavez, “Tony,” passed away on August 6, 2017, after a short illness. He was fifty-eight years of age. Tony was born on February 1, 1959, in Phoenix, Arizona to parents Anthony M. and Cruz Nuanez Chavez. Tony attended Sierra Vista Grammar School, after which he attended St. Mary’s High School. At St. Mary’s, Tony joined the baseball team and pitched for the Knights. He then proceeded to Mesa Community College where he earned his A.A degree. As a young boy, Tony enjoyed playing ball, camping, visiting relatives in St Johns, Arizona and everything that involved the outdoors. He loved driving up to the family cabin and the smell of wood burning in the fire pit on a cold night, but most of all, he loved spending time with loved ones up in the mountains. Over the years, he attended many “Chavez Family” reunions, where even if you were not a bona fide family member, you were treated like one. This year the family celebrated their forty-ninth reunion and as always, Tony was there. The reunion was not the same without Tony’s red and green chili. Tony loved to dance and be the life of the party. He was a teller of stories and jokes, as all who knew him will tell you. He had hundreds of jokes in his repertoire and never told the same one twice. That is something that will be missed by all. Tony’s true calling was tiling work. He left his mark on many homes throughout the Valley and in the process, became lifelong friends with a great many customers. Anthony is survived by his companion of twenty-six years, Anna Pimentel; sons, Aaron and Anthony; brother, Frank; sisters, Margarita and Theresa; and granddaughter, Natalie, as well as numerous other family members. He will be greatly missed by close friends, Gary, Jeff and Robert. Visitation will be held from 6:00 – 8:00 p.m. with a Rosary at 7:00 p.m., on Friday, August 11, 2017 at Whitney and Murphy Funeral Home, 4800 East Indian School Road, Phoenix, AZ. A Funeral Mass will be celebrated at 10:00 a.m. on Saturday, August 12, 2017 at St. Mary’s Basilica, 231 North Third Street, Phoenix, AZ. Interment will follow at St. Francis Catholic Cemetery, 2033 North 48th Street, Phoenix, AZ.

Offer Hugs From Home Condolence for the family of CHAVEZ, ANTHONY BENJAMIN