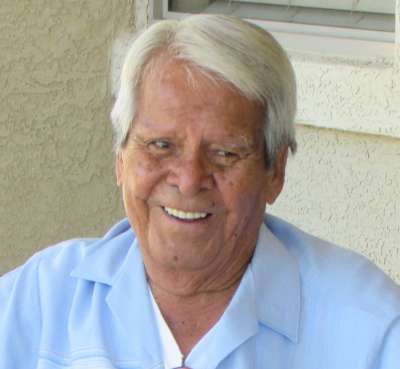 Frederico D. Chavez “Lico”, 84, of Phoenix, passed away on July 28, 2014.  He served his country in the U.S. Army and Air Force as a paratrooper.  He was Union President of IBEW 2171 for Westinghouse Electric prior to his retirement, and was a proud member of the NRA.  Lico had an avid Love for fishing and hunting which he passed along to his children. He is survived by his wife Celeste, sons Fred (Rita), Mike (Angie), and David (Robin), 7 grandchildren, 8 great grandchildren,

sisters Vera, Rita, and brother Frank Jr.  Most important of all, was his love for his family.  He will truly be missed.

Rest in Peace, we love you Dad/Tata.  A visitation will be held from 10:00am to 11:00am, with a 10:30am Rosary followed by a Funeral Mass at 11:00am, Friday, August 1, 2014 at St. Agnes Catholic Church, 1954 N. 24th Street, Phoenix.  Burial will follow at the National Memorial Cemetery of Arizona. Arrangements entrusted to Whitney & Murphy Funeral Home.

Offer Hugs From Home Condolence for the family of CHAVEZ, FREDERICO D. “LICO”