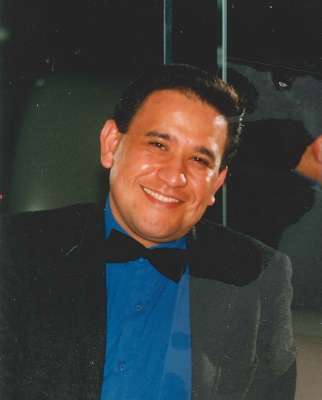 our beloved son, brother, uncle and friend, passed away unexpectedly December 15, 2014 surrounded by all of his loved ones. George is preceded in death by his father Ray and brother Jimmy Ray and is survived by his mother Esther, sisters, Bobbie, Cathy, Anna (Ben), Diana and Angela (Woody); brothers, David (Kathy), Michael (Norma) and Robert (Lupe); many nephews and nieces who he considered his very own children, along with his many cousins, uncles, aunts and countless friends who all loved him dearly. George retired after many years with Mountain Bell, now known as Century Link. He was passionate about his family, friends, traveling and having a great time with all who gathered with him. George lived life to the fullest. Visitation will be held from 10:00 – 11:00 A.M., with Rosary at 10:30 A.M., and Funeral Mass at 11:00 A.M. on Saturday, December 20, 2014 at St. Mary’s Basilica, 231 North 3rd Street. Interment will follow at St. Francis Cemetery. Arrangements entrusted to Whitney & Murphy Fun

Offer Hugs From Home Condolence for the family of CHAVEZ, GEORGE (GEO) RICHARD