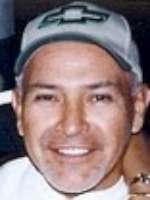 62, Beloved son, father, grandfather, brother, uncle, and friend passed away on Saturday, November 20, 2010. He succumbed to terminal cancer which was just diagnosed last month. Raymond proudly served in the United States Marine Corps and worked in the auto industry for over 30 years. He will be remembered for his laughter, loyalty and unconditional love for his family. Raymond was known to have a great appetite for life (and ice cream); his sharp wit and sense of humor were undeniable. He is survived by his son Jaime Raymond and daughters Krystal Rae, Karladora Rey and Breanna Rachal; grandchildren include Demren, Ameenah, Kiara, Raelah, Christopher and Nathan. Raymond was a loving stepson to Feliciano “Chano” Doria and brother to Rosie Vela, David Arambula, Gloria Arambula; he will be dearly missed by his numerous family members. Raymond was preceded in death by his mother Dora Mata Chavez and brother Jackie Cortez. We will all love and miss him forever. 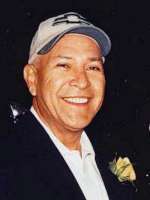 Offer Hugs From Home Condolence for the family of CHAVEZ, RAYMOND SALVADOR