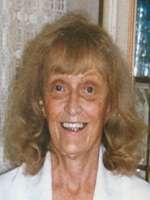 passed away unexpectedly at age 89 on June 2nd, 2011. She was a beloved wife, mother, and grandmother, and one of the kindest and loving people you would ever want to know. She opened her arms to everyone with love and acceptance and treated them like family. Born in Perryopolis, Pennsylvania, her family eventually moved to Warren, Ohio where she was raised with two brothers and five sisters. She met her future husband, a Sergeant in the Army, and they were married and settled in Newton Falls, Ohio. Over the years they ran several businesses together, including the Dairy Queen and Falls Variety Store in Newton Falls. After moving to Phoenix, AZ in 1967, they owned the Wagon Wheel Restaurant, Bar, and Bowling Alley as well as the Crystal Pistol Restaurant, Capital Restaurant and Supply, Broken Arrow Restaurant, and several other small businesses. Marge, as she was known to everyone, was always busy helping others and seemed to have an endless supply of energy. She was a legendary baker, and everyone enjoyed the cookies, pies, and cakes that seemed to come in endless supply from her kitchen. She was preceded in death by her husband Michael; parents Stephen and Mary Ondrako; brother Joseph; and four sisters, Helen Gusteritus, Ann Schoch, Mary Chesnak, and Irene Garrison. She is survived by her devoted sons, David and Thomas; daughter-in-law Susan; three grandchildren who were the light of her life, Taylor, Ryan, and Morgan; one sister, Norma Ulam; and one brother, Stephen Ondrako. Her memory will continue to enrich the lives of all who knew her. A Graveside Service will be held at St. Francis Catholic Cemetery, 2033 N. 48th St., Phoenix, AZ on Wednesday, June 8th at noon. Arrangements are by Whitney & Murphy Funeral Home. In lieu of flowers, the family requests that donations be made to the Alzheimer’s Association, 1028 E. McDowell Rd., Phoenix, AZ 85006.

Offer Hugs From Home Condolence for the family of CHOPKO, MARGARET P