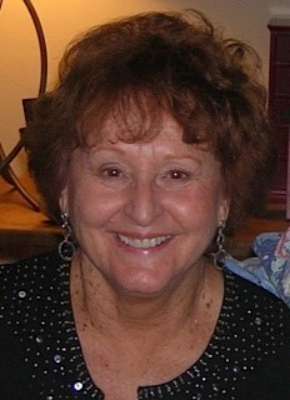 Sheron Olsen Christensen passed away January 28, 2016 after a brave battle with cancer. Sheron was born March 18, 1936 in Brigham City, Utah to Roy Scott and Marjorie Laver Olsen. The hospital room was shared with another Brigham City resident, Fannie J. Christensen, who just happened to give birth to a baby boy that would grow to become a star athlete, Homecoming King and ultimately husband to Sheron and father of their two children: son, Scott and daughter, Carie Sue. As Homecoming Queen herself (Royalty was a distinction for both together at Box Elder High). Mom was always a person of great poise, intellect and independence. While working for Boeing right out of school and raising a family, she went back to college to get advanced degrees so she could pursue her love of teaching and education administration. Sheron was proud of her independence as well as her success in her vocation. Serving as a Principal for most of her professional career brought her many friends and great admiration for her leadership skills. She tended to her beautiful gardens, whether in her house in Utah, or in Phoenix. For many years she loved spending the winters with her friends and family in Phoenix, then beating the summer heat to enjoy time with friends and sisters in Utah. She was a competitive golfer through her thirties and enjoyed the game, whether playing with friends, or watching golf on television throughout her life. Another passion was her frequent traveling of the world with her best friend Dixie and the creation of lifelong memories together. Going on annual Sisters Trips with her 4 sisters (Deanna, Judy, Susan and Peni) were always highlights in her life. Grandma Sheron was a devoted and active grandmother to her 3 grandchildren and became known as “GG” to her 6 great grandchildren. She never missed an event or a function, whether cheering a team, attending a cotillion, or celebrating a wedding, birth, or birthday party. Family meant everything to GG. In-laws, outlaws, families of granddaughters or grandson-in-laws, as well as friends were all the same to her. Family. All as important as the next, all feeling her love and concern. Her wide circle of friends and family feel a tremendous void, but are all far better people because of her touch and influence. Sheron was preceded in death by her husband of 30 years, on November 8, 1997. She is survived by her two children, Scott Christensen (Barbara) of Phoenix, AZ and Carie Sue Welsh (Rob) Scottsdale, AZ, her 3 grandchildren, Casey (Kyle), Mitch (Meredith) and Carlie (Ernie), 6 great grandchildren, Claire, Quinn, Berkeley, Seamus, Caroline and Anderson and another due in February, that she so wanted to meet. A celebration of her life will be held on March 18th, 2016 – her 80th birthday, at the Arizona Country Club. The Christensen family wants to express their thanks for the care and love Hospice showed GG the past few months. In lieu of flowers, donations to Hospice of the Valley 1510 E. Flower Street, Phx, AZ in her honor would be suggested. Arrangements entrusted to Whitney & Murphy Funeral Home.

Offer Hugs From Home Condolence for the family of CHRISTENSEN, SHERON OLSEN