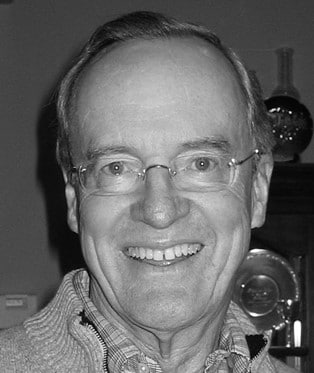 Tom was born in New York City on March 9, 1938 to Marjorie Craig and Edward James Churchill. He passed away in Phoenix on November 2, 2021, after suffering from a stroke in July of 2020. Tom is survived by his dear wife, Martha (Muffie), three children: Catherine Churchill Coberly (Sterling), Ted Churchill (Sarah) and John Churchill (Dani) as well as his younger sister, Mary Jane Dillon. He is preceded in death by his parents and older brother Michael Blanshan Churchill. Tom also leaves behind his six loving grandchildren: Sterling Jr. and Drue Coberly, Teddy and Lucy Churchill and Ellie and Natalie Churchill. Tom grew up in Great Neck, NY and Greens Farms, CT. He graduated from the Lawrenceville School in New Jersey and Brown University where he was a member of Phi Gamma Delta. Tom moved to Phoenix in 1960 to begin a long and storied career in radio broadcasting. One of the founders of KRFM (later known as KQYT), he helped guide the “Easy Listening” station to one of the top-rated radio stations in the country, combining his love of music with his ear for detail. Tom joined the Arizona Air National Guard and was called up for the Berlin crisis. He felt his stay in Germany with the Guard was an experience he “wouldn’t trade for anything”. Later, he founded Churchill Productions, eventually providing the music programming for over 50 FM stations across the U.S. After 30 years in the radio business, Tom sold the company and began his next 30-year career as a full-time stock and bond market investor.

He and Muffie have been active members of Christ Church of the Ascension since the mid-sixties, enjoying decades of involvement and friendships through the church. His community involvements included being President of the Arizona Broadcasters’ Association, a member of the Men’s Arts Council of the Phoenix Art Museum, the Mid-Town Rotary Club, The Paradise Valley Country Club, and the Valley Field Riding and Polo Club. He loved the outdoors and was an avid fly-fisherman, traveling with his fishing pals throughout the Rocky Mountains for many fall excursions. Having been raised on the salt water in Connecticut and Florida, Tom also loved cruising the San Juan Islands north of Seattle. One of his favorite places was the family cabin in Payson, where he spent many happy holidays and vacations with his family and friends over the years. To all who knew him, Tom was a true family man, a loyal friend and an astute businessman. He will be dearly missed.

A Celebration of Life will take place on Friday, November 12, 2021 at 11:00 A.M. at Christ Church of the Ascension, 4015 East Lincoln Drive, Paradise Valley. In lieu of flowers, donations may be made in memory of Tom Churchill to Barrow Neurological Foundation, 124 West Thomas Road, Suite 250, Phoenix, Arizona 85013 or to Hospice of the Valley, 1510 East Flower Street, Phoenix, Arizona 85014.

Offer Hugs From Home Condolence for the family of CHURCHILL, THOMAS MARSHALL