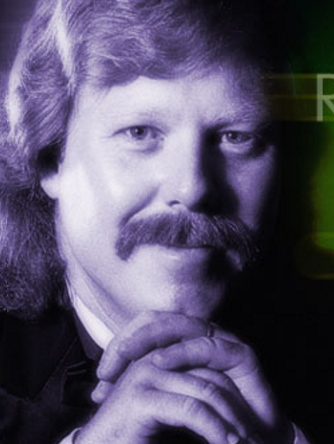 Classical music in the Phoenix Valley suffered a tremendous loss earlier this month with the passing of Larry (“Lawrence”) Clapp on Nov. 16th, 2017. As a pianist and composer, he was a man of enormous talent. Larry was born on February 5th, 1955 to Gayle and Louise Clapp in Salem, Indiana. Larry’s interest in music began at the age of 4, and by age 5 he appeared on “High Variety”, a television show in Indianapolis. Shortly thereafter, the Clapp family moved to Arizona and settled down in Chandler where he continued to take piano lessons during his childhood. Eventually, Larry would continue his musical education under various piano professors at Arizona State University. Throughout Junior and Senior high school, Larry won several music competitions sponsored by the Phoenix Symphony Guild and gave several performances during that time as a result. Before leaving Chandler High, Larry won first place awards at eight music festivals and competitions across the United States. After high school, Larry attended the Juilliard School of Music in New York where he studied under Jacob Lateiner. He returned to Arizona to complete his Master’s Degree in Piano Performance at Arizona State University. Around age 32, having been one of 40 individuals chosen worldwide from hundreds of applicants, Larry was invited to compete at the famous Robert Casadesus International Piano Competition at the University of Cincinnati- Conservatory of Music. There he was honored with the highest award for best performance of a 20th century French work. He was later invited to participate at the Gina Bachauer International Piano Competition, where his performances drew great acclaim from all who attended. In the years following, he spent most of his time here in Arizona, where he performed with the Tucson Symphony, the Mesa Symphony and the Phoenix Symphony. In 1994 during former British Prime Minister Margaret Thatcher’s trip to the U.S., Larry had the rare opportunity of performing for her during her visit to the Fleischer Museum in Scottsdale. In 2002, Larry made his Carnegie Hall debut in the large Isaac Stern Auditorium, performing Bach, Beethoven, Chopin, Rachmaninoff, and his own original works. Larry continued to teach privately in his studio in Phoenix until Nov. 16th, 2017 when he entered the presence of his Savior and King, the Lord Jesus Christ, whom Larry loved and served unashamedly in obedience to Romans 1:16, “I am not ashamed of the gospel, because it is the power of God for the salvation of everyone who believes.” Larry will be greatly missed by his family, his friends, his colleagues, and his piano students. He is survived by his brother Marty Clapp, his sister Sherri Clapp, Daniela Clapp, and their children: Daniel (23), Natasha (22), Christina (17) and Maria (14). A Memorial Service will be held at Compass Christian Church (formerly Chandler Christian Church), 1825 S. Alma School Road in Chandler, AZ 85286. It is on the north-east corner of Alma School Road and Germann Road in Chandler. on Saturday, December 9th, at 10:00 A.M. For any donations, a GoFundMe account has been set up at:
https://www.gofundme.com/larry-clapps-funeral-expenses. Arrangements entrusted to Whitney & Murphy Funeral Home.

Offer Hugs From Home Condolence for the family of CLAPP, LARRY (“LAWRENCE”)