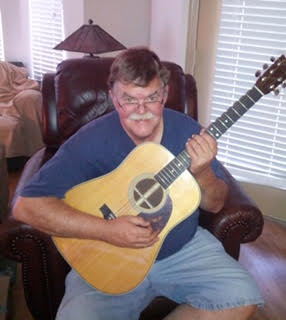 Mr. Clark was a resident of Arizona since August 2018. Owen was born December 22, 1957 (nearly in the elevator!) the sixth of eight children to Mary Elizabeth (Farmer) Clark and Robert Emmet Clark, II at St. Luke Hospital Pasadena, California.

Owen was proud of his Irish-American heritage and Family History. His mother’s people, the Raffertys and Farmers were railroad workers as well as farmers of the Midwest. His father’s family were pioneers, cowboys, and lawmen of Ventura County, California. Clark grew up in Texas and Oklahoma. He was an Altar boy for several years. Owen was a member of the school choir while becoming a strong, powerful, athlete. Clark played football and baseball. He was a 1976 Duncan High School graduate Duncan, Oklahoma. He earned a Football Scholarship to a small school, Panhandle State University, Goodwell, OK. He intended to be an Agricultural Engineer, but plans changed. He worked in the Oklahoma oil fields which lead to more employment in the Environmental Field-Hazardous Waste Management, Remediation and Project Management. A highlight of his career was working a few weeks in Alaska disposing of W.W.II era canisters containing mustard gas. He was fascinated being in the “Last Frontier” and experiencing the Aurora Borealis.

Owen’s hobbies weren’t enjoyed often enough due to his work responsibilities. He was a lifelong Dallas Cowboys Football fan. Mr. Clark enjoyed: golf, hunting, fishing, vegetable, and flower gardening, playing the guitar, as well as being quite a barbecue chef.

Introduced by her parents who met him through church was Kathleen Ann Lazzo. Owen and Kathleen were married for just days short of 30 years. Owen was a hard-working family man which made it possible for Kathleen to be a stay-at-home-mom for many years.

Owen will be remembered for being a kind, devoted husband and father, his big generous loving heart, and quick smile or joke making a person feel at ease.

He is painfully missed.

Offer Hugs From Home Condolence for the family of CLARK, OWEN LEO