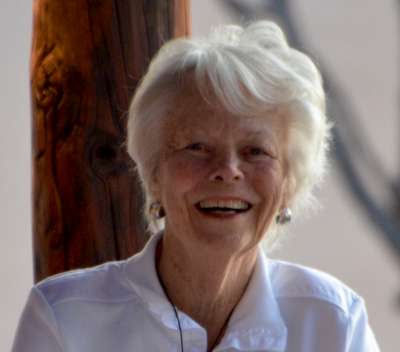 Beth Schulze Clements passed away peacefully at home surrounded by her children on the afternoon of September 19th, 2016. Beth was born October 14, 1930 in Detroit, Michigan. She was the first child of William “Bill” and Zoe Schulze. At the age of four she moved with her family to San Bernardino, California where she was raised. Beth attended San Bernardino High School where she easily made friends, some of whom were with her throughout her entire life. She attended college at the University of Redlands for two years, then she got on a train for Arizona never looking back. She graduated from the University of Arizona in 1952 with a business degree. She was a member of the Kappa Kappa Gamma Sorority in Tucson and it was during this time that she met her very handsome “cowboy” Boyd Clements who became the love of her life and soon husband. They were married in 1952 after graduating. After Boyd got back from the Korean War they settled down in Phoenix, Arizona. They had three children, Cathy, Jeff and Leslie.

Beth’s greatest joy was her family and friends, she and Boyd traveled the world, but most of all enjoyed Cabo San Lucas for some fishing and a toddy with her family. This was a time when Cabo was an undiscovered, sleepy little fishing village. Her life was filled with more fun adventures than most people could ever experience in two lifetimes. Beth was known for her grace, warmth and kindness, but most of all her blue eyes and beautiful smile. She was a fabulous wife, mother, friend and touched all who she came in contact with.

Beth was a member of The Junior League of Phoenix; The Board of Visitors where she held the triple crown, was Chair of the Charity Ball and Fashion Show and received the highest honor, which is Chairman of the Board of Visitors. She was also a member of ARCS; Phoenix Art Museum League; Phoenix Zoo Auxillary; President of Diggers Garden Club; Valley Field Riding and Polo Club; Phoenix Country Club; and Club Caza Y Pesca de Las Cruces.

Beth, also known as “Be”, has been greeted with open arms by her beloved husband of 58 years and her dearly loved grandson Joey.

Should friends desire, memorial donations can be made to Hospice of the Valley at 1510 East Flower Street, Phoenix, Arizona 85014.

Offer Condolence for the family of CLEMENTS, BETH SCHULZE