dutiful husband and father, WW II Navy veteran, and long-time captain of the Phoenix Fire Department, George Cocreham went to be with the Lord, Wednesday, April 6, 2011. He was born at Christmas, Arizona, in 1926, and was the son of Emmett and Guadalupe Cocreham. George was the last born of ten brothers and sisters, only two of whom – David and Alva – remain with us. George grew up in mining towns all around Arizona – Christmas, Bisbee, Superior, Globe, and Dos Cabezas. He recounted the idyllic summers he spent as a boy with his father and brothers, Steve and Dick, at a claim they had at Dripping Springs. They camped under the stars, and hunted, and teased gold out of the earth. George’s family moved to Phoenix in the 1930s. His first job in Phoenix came as a popcorn boy at the old Ramona theatre. His fondest memories were of time spent at St. Mary’s High School, where he made friendships that lasted the rest of his life. He never finished St. Mary’s, having volunteered for the Navy in 1943 the day he turned 17, but in 1998 St. Mary’s awarded him and other veterans an honorary diploma to make up for a graduation denied by the demands of war. George saw action on a mine sweeper in the furious campaigns of 1944 and 1945 in the Pacific, including Iwo Jima and Okinawa, and was among the earliest to set foot on Japanese soil after the unconditional surrender and VJ Day. His ship worked to clear Japanese waters for the American occupation fleet. Returning home to Phoenix, George joined the Phoenix Fire Department on July 1, 1947, scoring highest on the entrance exam, and made a career of it, retiring in 1974 after 26 years of service. He was the youngest man ever hired on the Department until 1968, when his nephew Pat Cantelme was hired at age 18. The Phoenix Fire Department was always one of the great dedications of his life, and he kept contact with friends and fellow retirees at many Department events, including the annual Taco Bust, which he started about 30 years ago. He was a proud member of the Firefighters’ union until his death.
An entrepreneur at heart, and a self-taught and talented cook, George owned many restaurants in Phoenix, starting with the Golden Pheasant, which he bought into at age 21. He started the Taco Take in the mid-50s on Indian School Road and 17th Street, and also owned the Mexican Shamrock, El Jay Ray, and George’s Ole, which had three different locations – 7th Street, 48th Street, and Dreamy Draw. The last of the three is what now is known as Aunt Chilada’s. George founded and operated these establishments in his off time from the Fire Department.
Known for extreme generosity of his time and treasure, George quietly helped many, many people throughout his life, with donations, encouragement, or a recommendation, and was particularly good at steering young men to the Fire Department and making a call or a recommendation to get them hired. He took great enjoyment from helping out his family, friends, and even strangers, when in need, and tried to model his life after the Prayer of St. Francis. George’s mother instilled a simple but deep Catholic faith in him, and he remained devoted to Our Lord all his life. He was a daily communicant after retirement until age stole his ability to drive. His faith was great comfort in the later, dwindling times. He leaves Maxine, his wife of more than 50 years, and his children Bruce (Lily), Kathy (Frank), Karen (Donnie), Brian, Brett (Bong), and Brad (Amy). George and Maxine had ten grandchildren, Emmett, George, Brian, Matthew, Kimmie, Taylor, Maika, Jeriel, Justus, and Maxwell, and two great grandchildren, Jacob and Kayla. Visitation is at Whitney & Murphy Funeral Home, 4800 E. Indian School Road, from 6:00 to 8:00 P.M., Wednesday, April 13. His life will be celebrated at a Mass of the Resurrection at St. Mary’s Basilica, 231 N. 3rd St., in Phoenix, on Thursday, April 14, at 9:00 a.m. In lieu of flowers, the family asks donations to be made to a scholarship established in George’s name at St. Mary’s High School. 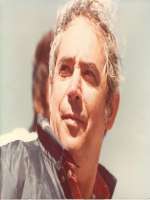 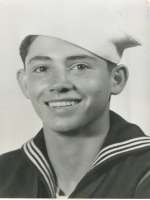 Offer Hugs From Home Condolence for the family of COCREHAM, GEORGE