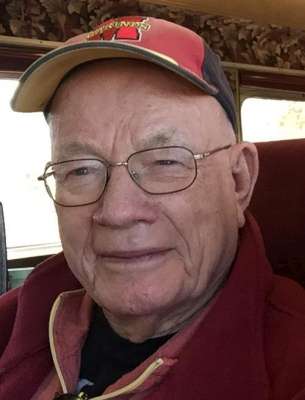 Ernest Coen, 87, peacefully passed away on May 8, 2016 in his home surrounded by his family – just as he wished. He loved life, his family (those related and not…), and had absolutely no regrets. He was a warm, wise, and gentle man who was loved and respected by anyone who had spent any amount of time with him. He is already dearly missed.

Ernie was born and raised in Douglas, Arizona. A star athlete and four-year, four-sport letterman for the Douglas High Bulldogs, playing on a number of state championship teams. He met Glenda, a fellow Bulldog, who he would be married to for 47 years. Ernie was a veteran of the Korean War, serving in the United States Marine Corps and was honorably discharged soon after the war had ended.

Ernie was a graduate of Arizona State College at Tempe (Arizona State University), which launched his 33-year career in education and his life-long love and support for the Sun Devils. He spent his entire career with the Balsz School District, starting out as a shop teacher at Orangedale Elementary and retiring as Superintendent in 1988.

A service to celebrate Ernie’s life will be held on Saturday, May 21, 2016, 3:00 pm at Whitney & Murphy Funeral Home, 4800 E. Indian School Road, Phoenix, AZ 85018. In lieu of flowers, donations can be made to the Ernest Coen Memorial Fund/Balsz School District Foundation at any branch of Desert Schools Federal Credit Union, account #14006280700000.

Offer Hugs From Home Condolence for the family of COEN, ERNEST