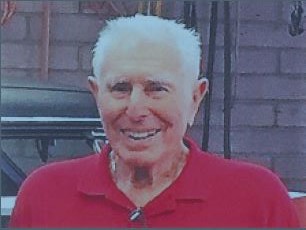 Paul Michael Colletti, 87, passed from this life in his Paradise Valley home surrounded by his loved ones on October 29th, 2017. Preceded in death by his parents Angelo and Mary Colletti and his sister Kathleen Colletti. Paul is survived by his wife Nancy Colletti; brother Angelo Pat Colletti (Linda); sister Catherine Poe; children John Colletti (Kathy), Angela Colletti-Cummings (Chris Cummings), Steven Colletti (Angela) and Joe Colletti (Barbara); grandchildren Lily, Brian (Julia), C.J., Paul, Kate, Beau, Dylan and Joey. Paul was born in San Pedro California on October 3rd, 1930. He enjoyed the California lifestyle of sun, sand and water in his younger years. At age 11 he won a sweepstakes marble competition. His athletic abilities began to develop at Huntington Park High School where he was a fullback on the football team and an all-city pole vaulter in 1948. Paul then served his country in the Air National Guard and the Air Force. The Colletti family moved to Arizona in 1958 and eventually founded Colletti Trucking Inc. where he and his children ran the company for 43 years delivering merchandise for major retailers until he retired. Paul was a precise and soft-spoken man with a passion for his family and anything with an engine. He participated in car races at Beeline Raceway and possessed an encyclopedic knowledge of a vast array of cars, boats and motorcycles. Muscle cars held a special place in his heart and he was an avid collector. His favorite automobile was a 1970 Plymouth Superbird that he owned for 44 Years. Funeral Mass will be held at 10:00 A.M. on Thursday, November 16th, 2017 at the Franciscan Renewal Center Church of Our Lady of the Angels, 5802 E. Lincoln Drive, Scottsdale AZ 85253. In lieu of flowers please support: Hospice of the Valley Fund Development, 1510 E Flower Street Phoenix, AZ 85014 (602) 530-6992 or The Salvation Army USA, 2707 East Van Buren Street, Phoenix, AZ 85008 (602) 267-4112.

Offer Hugs From Home Condolence for the family of COLLETTI, PAUL MICHAEL