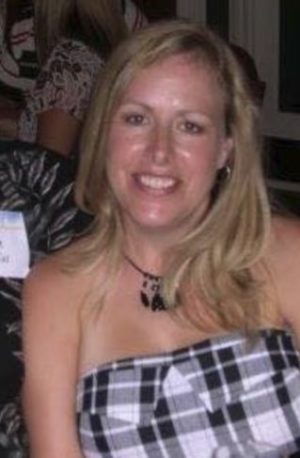 TerriLynne Collins, born December 19th, 1962 in Oshawa, Ontario, Canada, to Jim and Mary Blakney. She graduated from Alpena High School in Alpena, South Dakota in 1980 and attended college at University of South Dakota, where she met and married Ernest Collins Jr. on November 9th, 1996. In 1997 TerriLynne and Ernie moved to Arizona, where she continued the role of being a mother and homemaker, while Ernie pursued his career as a Lawyer. Her interests included family, Bible study, gardening, animals, antiques, and going to concerts. She devoted much of her time and energy as a caregiver to family members and those around her. TerriLynne’s smile and energy could lighten up any room. TerriLynne Collins is survived by her husband of 21 years Ernest Collins Jr, her six children, Drew Weber (Ashley Tingle), Felishia Koerner, Jennifer Koerner, Alexa Collins, Jaytlin Collins, Connor Liam Collins, two grandchildren AdaLynne and ElliAnah Koerner; her parents Jim and Dottie Blakney, Mary Blakney and Rob Morgan, and her two brothers Chris Blakney (Rolanda Morrison), and Dennis Blakney. Visitation will be held on Wednesday, October 11, from 5:00-7:00 P.M. with a Service at 7:00 P.M. at Whitney & Murphy Funeral Home, 4800 E. Indian School road, Phoenix. The family of TerriLynne Collins acknowledges with sincere appreciation, the comforting messages, floral tributes and other expressions of kindness during this time of bereavement.

Offer Hugs From Home Condolence for the family of COLLINS, TERRILYNNE