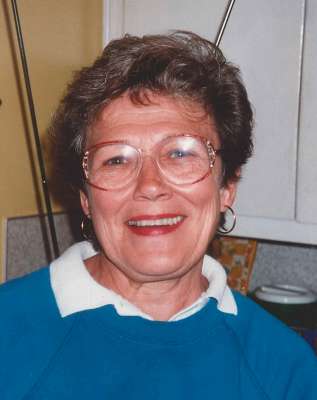 Madonna Jean Compau passed away with grace while surrounded by all of her children and many other family members on February 13th, 2016 at the age of 81.

Madonna wan born in 1934 and raised in Omaha, NE where she met her husband Richard while he was attending Dental School at Creighton University. They were soon married and moved to Phoenix, AZ., where Richard had moved to from Pontiac, MI during his early high school years, where they set up his practice and raised their family, which began right away.

All that came to know Madonna knew her as a simple and gracious woman. More comfortable giving of herself to others than she would ever be having others give to her. It was just her humble nature. Taking care of and making a home for her family was most important to her and always felt it was her greatest reward. Her home was not only made for her family, but was always welcoming to all of her friends and children’s friends. She shared her gift of love with many as she touched the hearts of all that met her and gave everyone a true sense of meaning and self-worth that many may have been missing.

Madonna is preceded in death by her husband, Richard G. Compau, who passed away in 1999 and survived by her 6 adult children Toni, Rick, Kurt, Mike, Tom and Patrick. Along with 15 Grandchildren, 6 Great Grandchildren and many extended family members and friends too numerous to mention here.

A contagious laugh and always a smile on her face, forever etched in our memories. We love you more as each day passes. God has truly blessed you and in Jesus’ name, may peace always be with you.

Offer Hugs From Home Condolence for the family of COMPAU, MADONNA JEAN