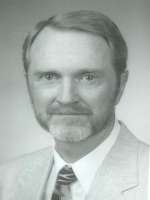 Dr. Terry Lee Connor passed away at home on January 14, 2013 following a brief illness with pancreatic cancer.  He was born April 22, 1949 to Richard and Pauline Connor of Defiance, Ohio.  He graduated from Defiance College in 1971  He graduated from Kirksville College of Osteopathic Medicine & Surgery in 1975 in Kirksville, Missouri.  Following the completion of an internship, Dr. Connor moved to West Linn, Oregon in 1976.  He joined Dr. E. L. Burnham in a family practice clinic in Gladstone, where he continued to practice until late 2006.  Dr. Connor was active in the osteopathic medical profession and  was a member of the General Practice Department at Eastmoreland Hospital from 1976 until the hospital closure in 2004. In addition, he served as Chief of Staff 1983-84 at Eastmoreland, as well as serving on the Board of Directors.  In 1989 Dr. Connor was appointed by the Governor to serve as a member of the Board of Medical Examiners for the State of Oregon.  He served two terms for a total of eight years and served as the Chairman in 1994.  Dr. Connor was a member of the N.W. Osteopathic Medical Foundation and served as Co-President 2005-2006.  In 2006 he retired from private practice and he and his wife, Suzi moved to Scottsdale, Arizona to enjoy a warmer climate.  The past years have been filled with travel and golf.  He is survived by his wife, Suzi, and their son, Kyle Connor, of Venice, California.  In addition, he is survived by his siblings, Larry (Susan) Toledo, Ohio, Dennis (MaryJane) The Villages, Florida, Fred (Laura) Defiance, Ohio and Tami (Al) Sandifer of Adrian, Michigan, as well as numerous nieces and nephews.  A celebration of Dr. Connor’s life will be held at Willamette Valley Country Club in Canby, Oregon on March 7, 2013 at 2:00pm.  Please RSVP to: TerryConnorMemorial@gmail.com.  Donations in his memory may be made to Hospice of the Valley, 1510 E. Flower Street, Phx., AZ 85014 or Desert Botanical Garden, 1201 N. Galvin Parkway, Phx., AZ 85008.

Offer Hugs From Home Condolence for the family of CONNOR, TERRY LEE