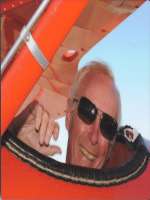 Our beloved William “Bill” Douglas Connor, 82, passed away Monday, October 7th, 2013, surrounded by his family after a long battle with lung cancer. He was born in Findlay, Ohio. During the Korean War he served in the Air Force. He then joined Hughes Aircraft, and while working as an engineer, he received his doctoral degree in economics at USC. During his 26 year long career with Motorola he grew through the ranks and had different managerial positions which allowed him travel the world. He retired in Paradise Valley where he loved his weekly golf games shooting just above scratch. A father figure and mentor to many, he is survived by his wife Anne Connor, daughter Samantha Hapitas, son-in-law Alfred Weling, grandsons Billy and Lukas Hapitas. In lieu of flowers, we welcome donations to the Hospice of the Valley and the Avanti Funds Inc. A memorial will be held at a later date in accordance with Bill’s wishes.

Offer Hugs From Home Condolence for the family of CONNOR, WILLIAM DOUGLAS