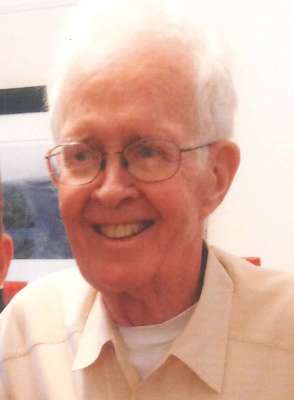 79, passed away peacefully, comforted by his family, on October 22, 2016 in Phoenix, Arizona. Don was a beloved husband, father, and grandfather. He was born on February 4, 1937 to John and Dorothea Conroy in the Bronx, New York. He graduated in 1954 from Manhattan College Prep and Manhattan College in 1959 with a Bachelor of Science degree in Civil Engineering. Don was commissioned into the US Air Force in 1959 and met the love of his life Theresa (St. Pierre) while stationed in Northern Maine. They married in 1961 and celebrated their 55th wedding Anniversary on July 22. In July 1964, Don transferred his commission to the US Public Health Service from which he retired on April 1, 1980. In June 1967, Don and Theresa welcomed their daughter Aimee into their family. Daughter Denise followed a little less than a year later in June 1968. Don and his family moved to Phoenix after his retirement where he worked for the Maricopa County Environmental Services Department. After retiring from the County, he worked for BNR Engineering and Narasimhan Consulting Services until his third retirement in 2012. Don, a cradle to grave Roman Catholic, was very active in every church he belonged to and served as a Lector, Eucharistic Minister and Sacristan. Don was active in the Knights of Columbus where he was a District Deputy for 4 years as well as the Grand Knight at both the Blessed Sacrament and St. Thomas the Apostle Councils. He was also very active with the St. Thomas the Apostle St. Vincent DePaul Conference. Don is preceded in death by his parents and numerous aunts, uncles and cousins. He will be greatly missed by his wife Theresa, his daughters Aimee Conroy (Dan Nelson) and Denise Andreas (Jim), his grandchildren, Devin Andreas, Sarah Nelson, Liam Nelson, Claire Nelson and Jade Andreas. Don was known as a loyal, kind, practical and no nonsense person and engineer. He will be greatly missed by all who knew him. Rosary will be at 11:30am, with a Funeral Mass celebrated at 12:00pm, Saturday, October 29, 2016 at St. Thomas the Apostle Catholic Church, 2312 E. Campbell Avenue, Phoenix. Inurnment will be at 10:30am, Monday October 31, 2016 at National Memorial Cemetery of Arizona, 23029 N. Cave Creek Road, Phoenix. In lieu of flowers donations can be made in his name to St. Thomas the Apostle St. Vincent DePaul Conference and Hospice of the Valley.