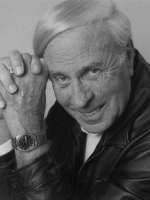 With his family by his side, on October 9th, 2012 our Dear Lord and Savior wrapped his arms securely around Jim’s shoulders and walked him to his eternal home .Our family grieves for the loss of this amazing man while holding tight to the wonderful love and memories he gave us all each day of his life. He was born to Sylvester and Bernadette (Pierick) on January 19, 1938, in Ajo, Arizona. After losing his Mom as an infant, Jim’s father married Mary Elizabeth (Cusack) and blessed him with three sisters; Mary, Ann and Ellen. Upon his father’s death, while attending college at what is now Northern Arizona University, he relocated his mother Elizabeth and three sisters to Flagstaff. Jim served as an officer on the Flagstaff Police Department and was one of two officers that launched the first Campus Police Department. In 1961, he married Carol Sullivan and from that union had two beautiful daughters, Kelley and Kim. Jim’s professional experience includes: a DEA Agent for Dept. of Liquor and Licensing; was one of the youngest executives for Motorola Semiconductor Group; Chief Purchasing Officer at John C. Lincoln Hospital; lobbyist for Thomas M. Sullivan Political Analyst Consulting Firm, and was appointed by governors Bolin, Symington and, Mecham to various Executive positions with the State of Arizona. During this time, Jim met Linda and her two wonderful children Timothy and Monica, and their 23-year long love story unfolded. Jim & Linda owned and operated Conway Groups Ltd., a counseling facility assisting in making a difference in the lives of their clients for over 20 years. During these years, Jim also continued to work for the State of Arizona and IBM in a consulting capacity. He dearly loved his family and served his community well! He is preceded in death by his parents and sister Ann Auza, and is survived by his adoring wife Linda, two sisters, Mary Jones and Ellen Haney and their children; his children, Timothy Turner, Kelley Conway LaBarbera, Kim Conway Edwards, Monica Clay, and their spouses, and his grandchildren; Nico, Josh, Jace, Laguna and Tristi. In lieu of flowers, we are requesting you send a donation in his name for cancer research to TGen Foundation, either via the internet at Tgenfoundation.org, or by phone to 602-343-8411. Through your donations his legacy will continue with his dream to rid the world of cancer and that would mean so much to him and to our family! A Celebration of his life will be held on Friday, October 26th, 2012 at 10AM at Our Lady of Joy Church, 36811 North Pima Road, Carefree, AZ 85377. Arrangements entrusted to Whitney & Murphy Funeral Home.

Offer Hugs From Home Condolence for the family of CONWAY, JAMES “JIM” FRANKLIN