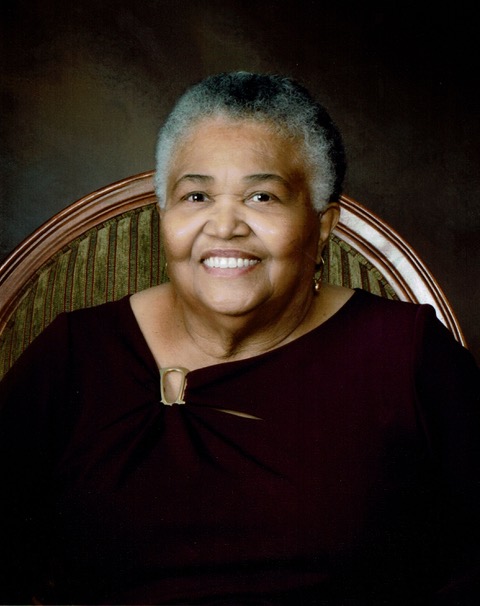 Marie Ernestine Fields was born on December 13, 1927 in Terry, Mississippi. She was the tenth child and seventh daughter born to Mary Kendrick Fields and Boyd Fields, Sr.
Named after an aunt her father nicknamed her Mae which is how she was known to family and close friends throughout her life. In Terry she was a member of the Collis Hill Church of Christ and came to Christ at an early age. In 1943, she joined her sisters Nancy and Blanche, her brother Charlie and niece and nephew Doris and Charles in Brooklyn, New York. They would be the core of the New York branch of the family for the next 46 years.
Marie graduated from Girls High School in 1946. She and her future husband, George Cooper, met in 1947 when both of them were working at the Wagon Wheel Restaurant. They shared a love of baseball and were die-hard fans of “Dem Bums, the Brooklyn Dodgers. They married on June 9, 1949 and chartered their life course together until his death in 2013. Marie and George were the proud parents of two children, Linda and Keith.
The family moved from Brooklyn to Westbury Long Island in 1959. In 1961 Marie became employed by General Instrument where she tested the microchips used in transistor radios and other electronic devices. She retired in 1989 and relocated to Virginia Beach, Virginia.
Always active in church, she chaired the Deaconess Board at the First Church of Christ Holiness, USA in Norfolk, Virginia. In addition, she and George had an informal ministry in which they donated fruits and vegetables from their garden or picked at local farms to senior citizens who were unable to shop for themselves.
Marie was an amateur seamstress who enjoyed making items for her grandchildren such as character pillows, tote bags and quilts. Although the family could see both the love and quality of her work, she was never satisfied, and thought nothing of ripping a project up and starting over multiple times. That kind of patience and the need to “get things right” was a hallmark of her personality.
In 2014, Marie made her final move to Arizona to be closer to family. It took a little time for her to become acclimated to life in the desert, but she soon learned to call it home. Continuing her service to Christ she was a faithful member of the Fountain of Life Church in Scottsdale.
Marie was called to her heavenly reward on May 26, 2018, after a brief illness. She was preceded in death by her parents; sisters Nancy Terry, Geneva Powell, Barbara Townsend, Blanche Davidson, Gladys Robinson and Dolly Harvey; brothers Bernard, Boyd, Jr. and Charles Fields. Left to cherish her memory are: her daughter, Linda Cooper of Scottsdale, Arizona; son Keith Cooper (Rachelle) of Northbrook, Illinois; grandsons David Brown (Tahirah), Kyle and Jared Cooper; granddaughters Danielle and Kara Cooper; and great-granddaughters Nylah and Nenah Brown; niece and second daughter Doris Townsend and a host of nieces and nephews.
A Visitation will be held on Thursday, June 7, 2018 from 6:00 P.M. – 8:00 P.M. at Hansen Desert Hills Mortuary, 6500 E. Bell Road, in Scottsdale. The Funeral Mass will be held on Friday, June 8, 2018 at 11:00 A.M. at the Hansen Desert Hills Mortuary. Burial will follow the service.

Offer Hugs From Home Condolence for the family of COOPER, MARIE ERNESTINE FIELDS