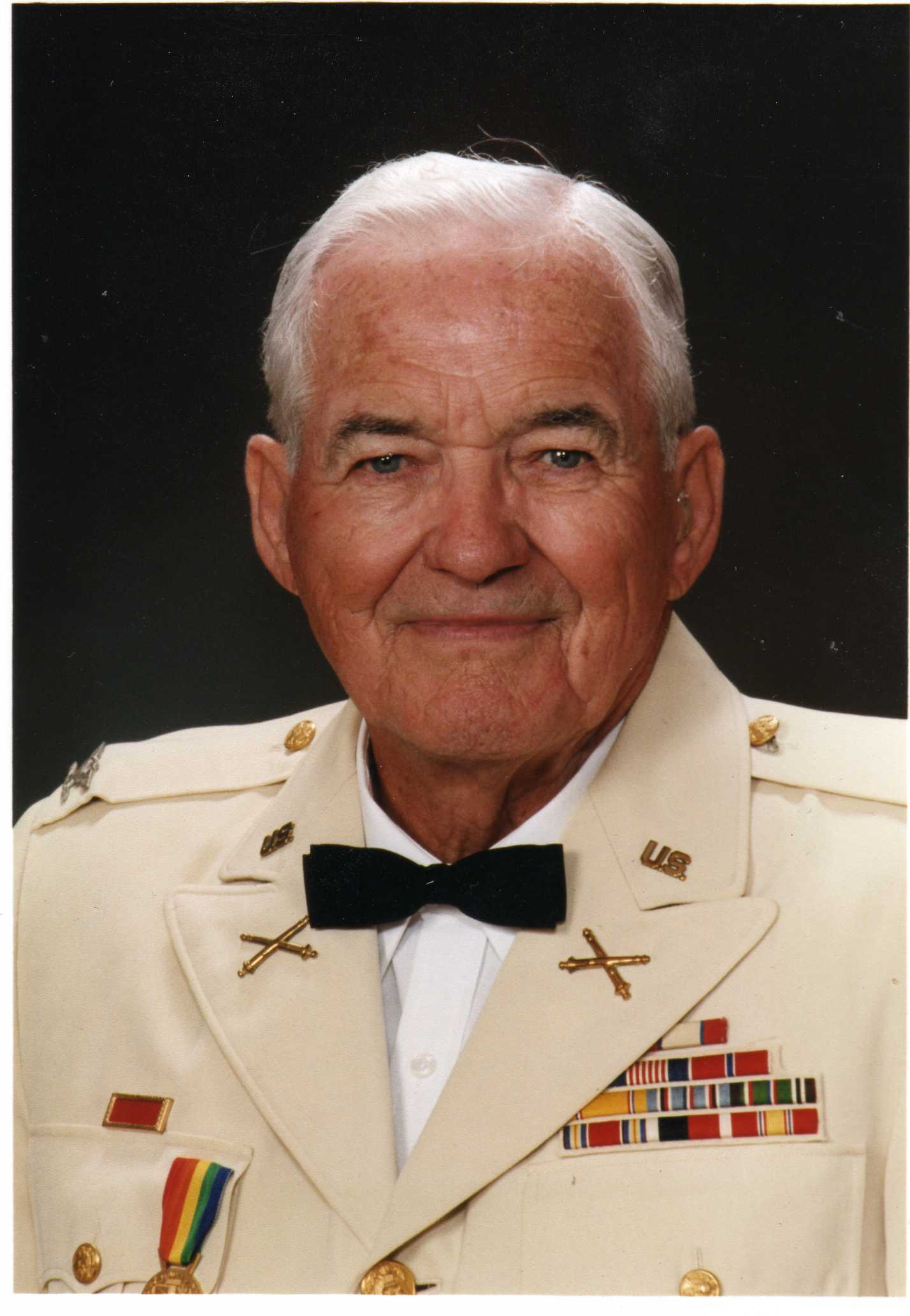 On June 3, 2018, Thomas H. Cooper of Peoria, Arizona passed away at age 99. Tom was born in Bidwell, Iowa on November 17, 1918 to the late Faley and Gladys Cooper. Tom grew up on a farm and had two brothers and two sisters. His brother, Everette, and sisters, Carol and Vernal, predeceased him. His brother Gearld resides in Florida. He graduated high school from Mount Olive High School, obtained a degree in Dairy Science from the University of Illinois, and received a master’s degree from George Washington University in International Affairs and one from the US Army War College in Strategic Studies. Tom served 32 years in the United States Army, was a WWII veteran, and served as an Artillery officer under General Patton. He retired from the Army with the rank of Colonel with a long list of awards including a Distinguished Service Medal for his exceptional service at SASCOM, two Legion of Merit service awards, a Bronze Star Medal, a Soldiers Medal, an Army Commendation Medal and several service medals and badges for meritorious service. Tom enjoyed many things in life, but among his favorites were spending time with family, golf, bridge, hanging out on the boardwalk at the beach, fishing, martinis, and gardening (not necessarily in that order). He was an avid golfer, a member of the Mesa Country Club, who will be remembered by many for his engaging stories, his intelligence, his generosity, his valor, his dedication to family, and his endearing love for others.
He had five children with his first wife, Mary Charlotte Cooper, who predeceased him. They were married a month shy of 58 years. Their children include Thomas Cooper (Linda), Donald Cooper (Laura), James Cooper (Linda), George Cooper (Debbie), and Linda Kohrs (Bob). Their 5 children, 12 grandchildren, and 6 great grandchildren survive him. He married Marie Harris in 2000 who passed away in 2004. We heard many enjoyable stories about their visits to the lake house at Little Sturgeon Bay, Wisconsin with Marie’s family. He remarried for a third time and is survived by his beloved wife, Norma Welnick Cooper. Norma has 3 children; Michael Welnick (Jeanne), Wendy Call (Buzz), and Toni Soderman (Rocky). Their families became a big part of Tom’s life.
A Funeral will take place at Arlington National Cemetery with full Military Honors. A Visitation will be held at Whitney & Murphy Funeral Home, 4800 E. Indian School Rd., Phoenix, on June 16, 2018 from 2:00 P.M. – 4:00 P.M. In lieu of flowers, the family has requested that donations be made in Thomas Cooper’s name to Wounded Warriors at www.woundedwarriorproject.org
Condolences may be expressed at www.whitneymurphyfuneralhome.com

Offer Hugs From Home Condolence for the family of COOPER, THOMAS H.