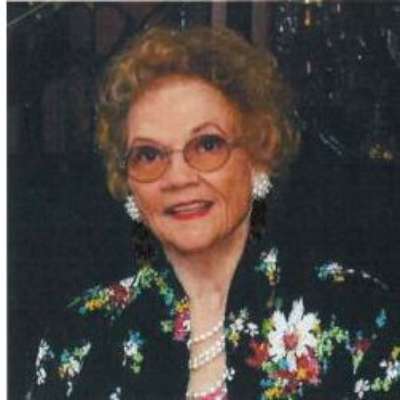 passed away on February 5, 2014 at the age of 95.  She was born in the last year of World War I, on July 14, 1918, in Portales, New Mexico.  She was the sixth child of Mary D. and John W. Buckelew who had five more children.  Thus, Verna was raised with 10 siblings on a farm first in Chandler, AZ and later in Buckeye, AZ.  Life was difficult but joyful.  The Buckelews grew most of their own food, milked cows, butchered their livestock for meat, and gathered eggs from a chicken coop.  In the summer, the family sometimes slept on a flatbed truck at night under wet sheets to get relief from the heat.  Verna graduated from Buckeye High School where she met the love of her life, Newton S. Cooper, whom she married in 1936.  Together they had 4 children.  They moved to Stanfield, AZ in 1942 and lived in a modest home on a cotton farm and later moved to Casa Grande in 1947 where Verna lived until 3 years ago.  Verna was active in the community, but the priority of her life was her family.  She was a superb cook, specializing in making southern fried chicken, fruit cobblers, biscuits and homemade ice cream.  She received numerous awards at garden shows because of her expertise in growing and arranging many varieties of flowers.  Every Spring her yard was a mass of blooms, and she generously supplied flowers for many local events.  She had a cabin in Pinetop where she spent over 30 years during the summer playing bridge, gardening and entertaining her family with her delicious food.  Verna collected Native-American art (primarily baskets and jewelry) and knew many of the artists personally.  She is survived by one sister, Dorothy Tibshraeny of Mesa, AZ and her 3 daughters, Janet Metzger of Littleton, CO; Joan Nastro of Phoenix and Patty O’Steen (Bob) of Dallas, TX.  Further, she has 8 grandchildren, Linda Bullock (Tim), Sharon Neve (Bob), Marilyn Maslin (Larry), Diane Carraway, Deborah Idee (Sebastien), Richard Nastro, Ronald Nastro (Kali Ray), and Allison Ryan (Jim).  Verna enjoyed the time she spent with her 12 great-grandchildren, ranging in age from 20 years to 2 years.  Verna was pre-deceased by her son, Richard (1956) and her husband, Newton (1968).  Visitation will be held February 14, 2014 at Whitney & Murphy Funeral Home, 4800 East Indian School Road, Phoenix from 6 to 8 pm.  A Memorial Service will be held on February 15, at 11 am at the Chapel of Valley Presbyterian Church, 6947 East McDonald Drive, Paradise Valley.  Contributions in Verna’s memory may be directed to Huger Mercy Living Center, Casa Grande Historical Society and Valley Presbyterian Church Foundation.

Offer Hugs From Home Condolence for the family of COOPER, VERNA BUCKELEW