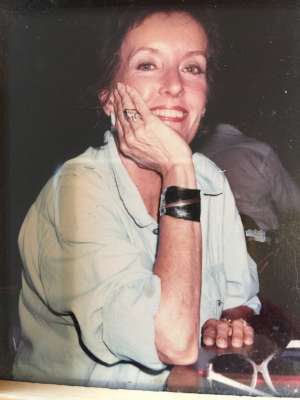 84, of Phoenix, passed away on March 4, 2016. Dorothy Rae Smith “Dot” was born in Parkersburg, West Virginia on February 15, 1932. Dot enjoyed art and drawing and received awards for her artistic talent. She attended the University of North Carolina, graduating with a degree in graphic design and then took a job as a fashion illustrator for the local Raleigh, N.C. department store. While at UNC she met Dr. William P. Cornell whom she married. Shortly thereafter they moved to Phoenix, Arizona where she lovingly raised her three children. Dot was active in the Fiesta Bowl and Florence Crittenton. She is survived by her son William Parker Cornell, her daughter Kelly Louise Cravath, her daughter Paige Cornell Canfield and their spouses. Dot also leaves behind two sisters, two brothers, seven nieces, two nephews and six grandchildren.  Dot was intelligent, wise, and beautiful; an empathic, kind and gentle soul. She will be missed. Memorial Service will be held on Saturday, March 26, 2016 at 2:30 p.m. at Whitney & Murphy Funeral Home, 4800 E. Indian School Road, Phoenix, AZ 85018. In lieu of flowers donations can be made to the Phoenix Art Museum in Memory of Dot Cornell.

Offer Hugs From Home Condolence for the family of CORNELL, DOROTHY “DOT”