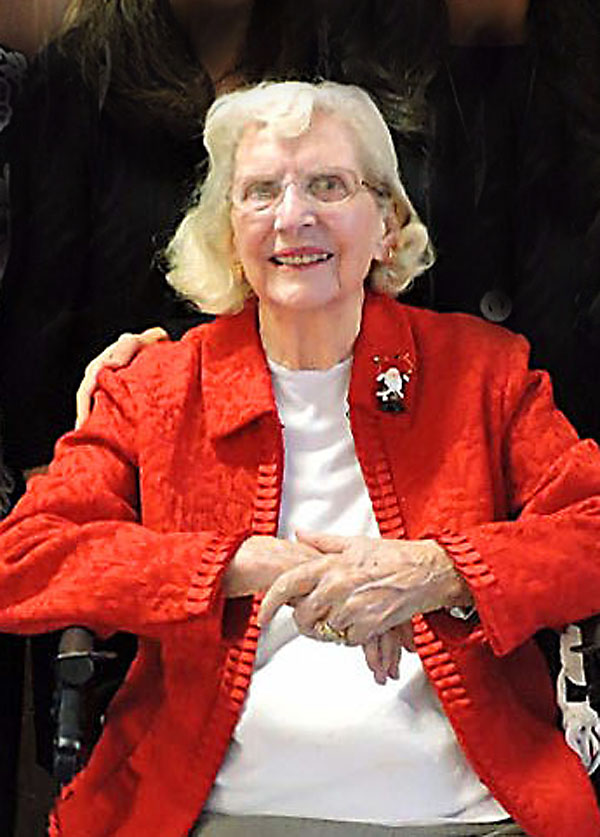 Agnes “Aggie” passed away quietly Saturday morning May 5, 2018, of natural causes, while being comforted by her family. Her life was a rich tapestry of interests. She will be remembered as a person that enjoyed people, had many lifelong friends, an artist in oil painting, an avid reader and a mind that fueled crossword puzzles daily and a magnificent mother raising her children. Aggie was born in Spiro, Oklahoma, the only daughter of Wiley H. Lane and Mary E. Rogers, but raised in Arizona on the family farm with her 6 brothers. She graduated from University of Arizona as an Art Major with a Bachelor’s Degree in interior design. While at U of A she pledged Gamma Phi, which she continued being involved with throughout her life. Aggie traveled to Chicago representing the U of A and it was on this trip she met Jack Cosgrove which led to a 50-year marriage and 4 great children. Aggie and Jack for many years had a cabin up in Pine Top, Arizona and would spend time up there where she started her own design business, Cos Rene. Travel was an important component in their life and Aggie and Jack enjoyed many memorable trips, their last together was Lake Cuomo, Italy. Aggie downsized and resided in an apartment at the Beatitudes, with her eyesight failing her she moved to a smaller residence in which she received full time care. She had a warm circle of friends enjoying playing bridge, to volunteering at various organizations and just enjoying life traveling around the world. Aggie is survived by her 4 children, son David and his two daughters August and Cassidy, Carolyn and her husband John Wake, Cheri Cosgrove and son Preston Wood, Lori and Tim Connell and their three children, McKenna and great grandchild Esme, Taylor and Wiley, with great grandchild Amelie. The ashes will be interred in a small family ceremony at All Saints Church in Phoenix this fall. Aggie will be greatly missed by all. Condolences may be expressed at whitneymurphyfuneralhome.com

Offer Hugs From Home Condolence for the family of COSGROVE, AGNES PAULINE