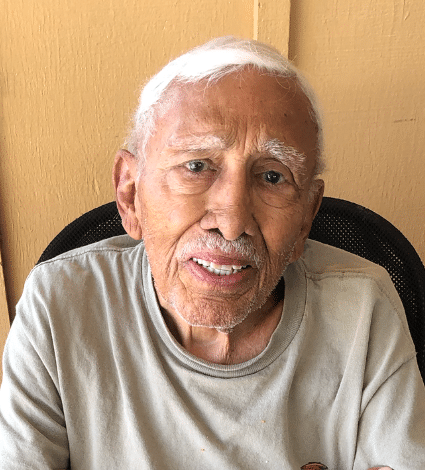 It is with heavy hearts and deep sadness that we announce the passing of our beloved father, Oscar C. Cota Sr. He passed away peacefully at his home in Mesa, AZ on April 15, 2021 at the age of 89. His battle with cancer in recent years showed his courage in facing life challenges with a smile. Despite the pain, Oscar came out a hero and stayed strong until the end.
Oscar was a son, brother, father, grandfather, great grandfather & friend to all. He served our country in the United States Army, Reserves and was a lifetime member of the American Legion Post 41, he contributed so much value to Maricopa County, Motorola, Aerospace and even the Central Intelligence Agency, eventually retiring from Motorola.
He will be lovingly remembered by his children; Oscar (Evelyn), Steve, Angela (Miguel), Chris, Debra (Paul) and Ross; his 16 grandchildren; 19 great-grandchildren. As well as many relatives and numerous friends.
A visitation will be held on Monday, April 26, 2021 from 5:00 – 7:00 pm at Whitney & Murphy 4800 E. Indian School Rd., Phoenix. A Rosary will be held on Tuesday, April 27, 2021 at 10:30 am followed by a Mass at 11:00 am at the Church of the Resurrection, 3201 S. Evergreen Rd., Tempe.
Immediately after will be a procession to the National Memorial Cemetery of AZ 23029 N. Cave Creek Rd., Phoenix. Condolences may be expressed at www.whitneymurphyfuneralhome.com

Offer Hugs From Home Condolence for the family of COTA SR., OSCAR C.