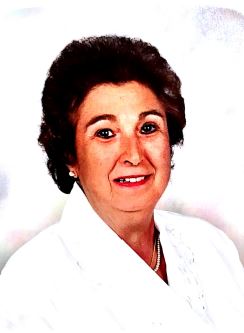 Patricia Ann Cotroneo, 79, of Scottsdale, AZ peacefully passed away on November 3, 2016.  Pat was born in St. Paul, Minnesota to Dominic and Josephine Cotroneo. In 1966 she moved with her two sons to Edgewater, Co. Pat worked as a bookkeeper for the 26th Club and for Pinehurst Country Club in Denver. When she retired in February of 2000 she spent a short time in Ft. Meyers, FL before calling Scottsdale, AZ her home. Pat had a strong love for her family and she spent many nights and weekend babysitting her granddaughters. Her joys in life were her family and friends, reading, watching golf and she also may have enjoyed playing a few slot machines.

Pat is survived by her sons Mike (Jeanie) and Joe (Stacy), grandchildren Anna, Morgan, Ella, Holly, Dan and Chelsea and 6 great-grandchildren, and by her siblings Ben (Kathy) Cotroneo, John (Janice) Cotroneo, JoAnn Cotroneo, Jeanne (Phil) Wald and Mary Jo (Butch) Bourgoin.  She is also survived by many nieces, nephews, cousins and Lorraine (Ted) Selbitschka. She is preceded in death by her brother Tony Cotroneo and parents Dominic and Josephine (Nemo) Cotroneo.

We will honor and celebrate Pat’s life at a Funeral Mass at Blessed Sacrament Roman Catholic Church11300 N 64th St in Scottsdale, AZ on Tuesday, November 22, 2016 at 3:30 pm with a reception to follow.

A Rosary at the Shrine of St. Anne Catholic Church 7555 Grant Place, Arvada, CO on December 1, 2016 at 7:00 pm with a reception to follow at the Edgewater Inn, Edgewater, CO

Offer Hugs From Home Condolence for the family of COTRONEO, PATRICIA