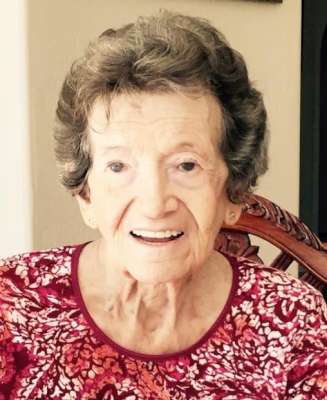 85, passed away peacefully surrounded by her family Saturday evening February 20th, 2016. She is preceded in death by her husband, John Joseph Coughlin, her mother Genevieve O’Neil Kearns her father Thomas Francis Kearns and her brother Thomas Kearns. Mildred is survived by her sister Virginia “Pinky” McBain, and her brother John “Jacky ” Kearns and his wife Kathleen Kearns. She leaves behind four children, Timothy Joseph Coughlin, Karen Marie Junker, Janet Louise Vogel, John Thomas Coughlin, along with Tim’s wife Rebecca and Janet’s husband Joseph Vogel. Nana also has 13 grandchildren and 18 great grandchildren. Mildred was born in Dorchester, Massachusetts on January 25, 1931. She met and married Jack Coughlin at the age of 20. Together they raised four children. In 1966 the Coughlin’s headed out to the Wild West and landed in Phoenix, Arizona, where they have resided since. Nana loved her children and was generous to a fault with them, as well as her grandchildren. Shopping was always on the agenda. Nana will be missed but she is in heaven now with her beloved husband Jack. Her faith guided her to a graceful passing. A visitation will be held on Thursday, February 25th, 2016 at Whitney & Murphy Funeral Home, 4800 East Indian School Road from 5:30 to 7:30 pm with a Rosary at 7:00 pm. Funeral Mass will be held at Saint Thomas The Apostle Catholic Church, 2312 E. Campbell, Phoenix on Friday the 26th at 1:30 pm. Graveside service to follow at Saint Francis Catholic Cemetery in Phoenix. Favorite charities are Hospice of the Valley and the Alzheimer’s Association.

Offer Hugs From Home Condolence for the family of COUGHLIN, MILDRED GENEVIEVE