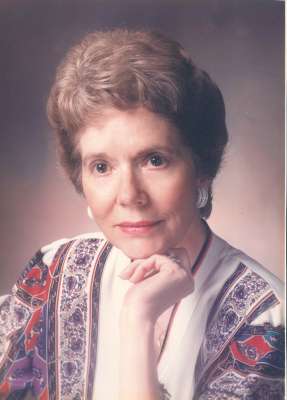 Frances Lucille Coulter passed away peacefully at her home on August 23, 2014 at the age of 90 with her family by her side.  Frances was born on June 12th 1924 in Omaha, Nebraska. In 1947, at the young age of 23, she moved to Phoenix to live with her sister and brother-in-law.  As fate would have it, she went to work at Coulter Motor Company where she met the love of her life Dean Coulter.  They were happily married until Dean passed away in 1989.

Frances was actively involved in Assistance League of Phoenix, Legion of Mary and was a charter member of Christ Child Society of Phoenix helping to start the organization in 1984.  Frances was a much loved Mother, Grandmother and Great Grandmother. She will be dearly missed by all.  The family would like to thank Hospice of the Valley.  They are truly angels.

Services will be held at St. Theresa Catholic Church at 5045 E Thomas Rd, Phoenix, on Wednesday, August 27th at 10:30 am.  In lieu of flowers, the family asks that donations be made in Frances’s memory to Hospice of the Valley or Christ Child Society of Phoenix.  Donations can be made online at www.hov.org/donate-now or www.christchildsocietyphoenix.org/donate.

Offer Hugs From Home Condolence for the family of COULTER, FRANCES LUCILLE