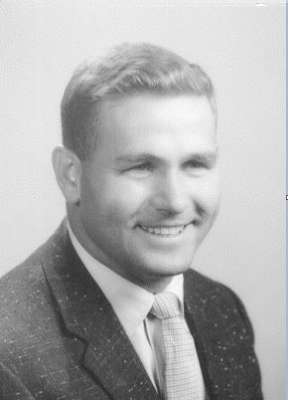 Monte “Gene” Cox passed away March 11, 2015 in Phoenix, AZ. Gene was born in Leavenworth, Kansas, June 28, 1929. He graduated from the University of Kansas with a master’s degree in physical education. He taught and coached at Shawnee-Mission High School, Bonner Springs High School and Pratt community College in Kansas. In 1965, he and his family moved to Phoenix where he coached football and track in the Phoenix Union High School system and at Glendale Community College. After retiring, Gene enjoyed golfing with other retired coaches. Gene is survived by Jane, his wife of 62 years, his three sons: Jeffrey, Tim and Michael, four grandchildren; Kevin, Sarah, Michelle and Jessica and one great-grandson; Seth. The family requests memorial contributions to the Phoenix Zoo, 455 N. Galvin Parkway, Phoenix, AZ 85008 where he volunteered for several years. Graveside service will be private. Arrangements entrusted to Whitney & Murphy Funeral Home.

Offer Hugs From Home Condolence for the family of COX, MONTE GENE