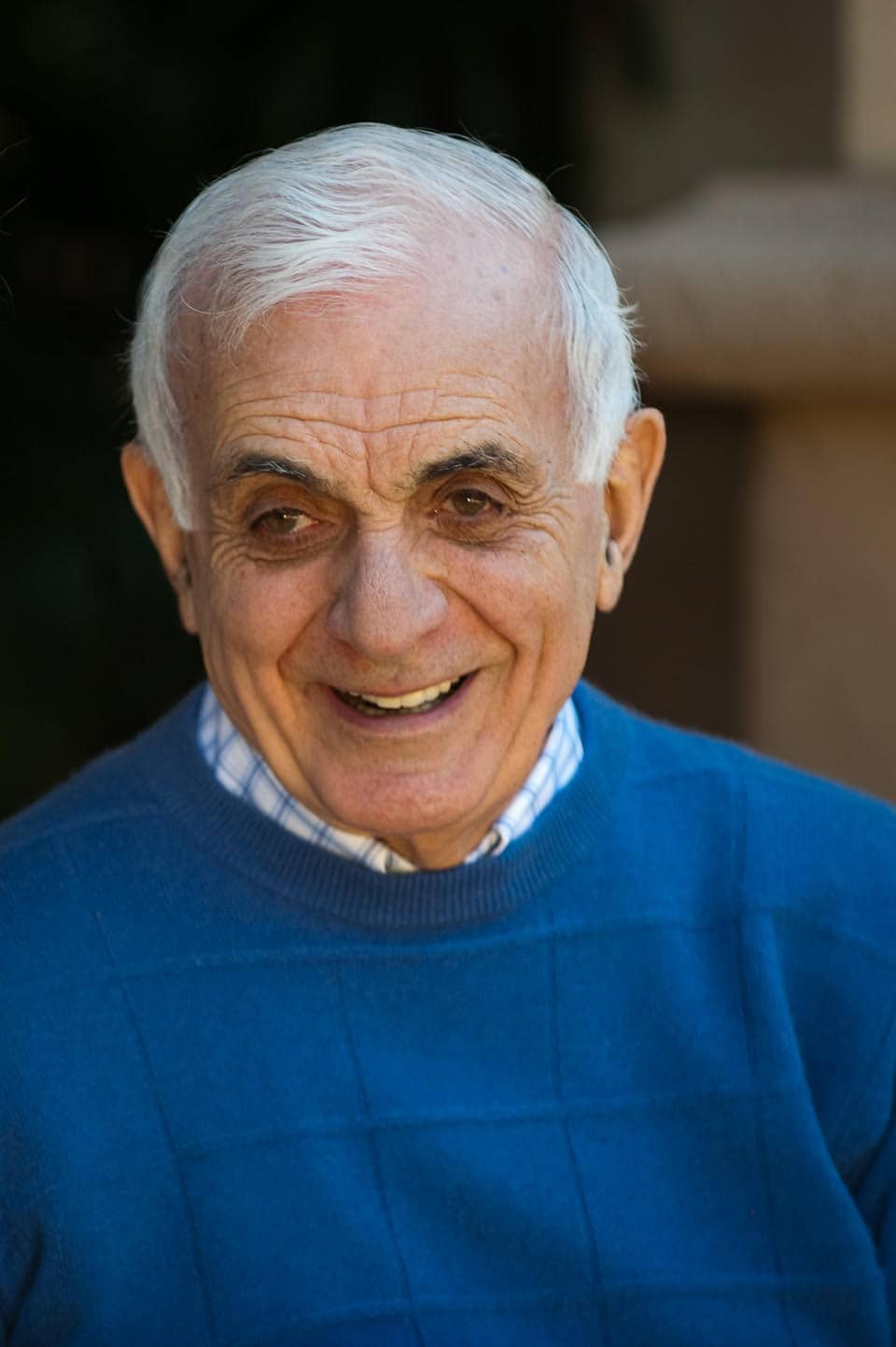 Dan Cracchiolo, 93, passed at his home on June 1, 2022, surrounded by his family. Dan was born in Detroit in 1929, the second of five children born to Italian immigrant Andrea Cracchiolo and his wife Carmelita. In 1941 their young family moved to a house in Tucson located a few blocks from the University of Arizona, where Dan graduated from law school in 1952. After a clerkship with the Hon. Evo DeConcini of the Arizona Supreme Court, Dan served as a First Lieutenant in the Air Force and worked as a Deputy County Attorney under William Mahoney, who remained his mentor and friend for decades.

Dan then entered private practice and quickly earned renown as one of the most formidable litigators in the state. He was a courtroom titan who was among the last of the great generalists – he handled trials including criminal defense, contract disputes, insurance defense, plaintiff’s personal injury, medical malpractice, legal malpractice, divorce and probate disputes – and he was also a sage advisor on business and real estate matters to a multitude of clients in over 60 years at the Bar, enjoying an active practice until he was nearly 90. Dan was indomitable but at the same time humane, and his natural expression of emotions in the courtroom ranging from anger to sadness to humor set him apart from his more staid peers and bonded him to jurors. This led to success in the courtroom and to professional recognition. Dan was a proud member of the International Academy of Trial Lawyers, was listed in the Best Lawyers in America in two categories and has been listed in every issue of Southwest Super Lawyers since its inception in 2007. He received an Award of Special Merit from the Arizona State Bar in 2003 and was inducted into the Maricopa County Bar Association Hall of Fame in 2010. He was awarded an honorary Doctorate of Humane Letters by the University of Arizona in 2005 for his service to his alma mater, and the James E. Rogers School of Law at the University of Arizona dedicated the Daniel F. Cracchiolo Law Library in his honor in 2008. Yet through all of these accolades Dan retained his sense of self. He always prided himself on being a self-described “dirty shirt lawyer.”

Dan’s proudest professional accomplishment, however, was forming the law firm of Burch & Cracchiolo in 1970 with his lifelong partner, the late Frank Haze Burch. Both Dan and Haze proudly proclaimed that over their many decades as partners and leaders of the firm they never exchanged an angry word. As the firm grew to its present size of over 40 lawyers Dan trained and mentored generations of young attorneys, many of whom practice in the firm to this day – 14 of the firm’s lawyers have been with Burch & Cracchiolo for more than 24 years. Dan valued loyalty above all and would gruffly forgive almost any failing by an attorney who had earned his trust.

That loyalty extended to his personal relationships. For years Dan had monthly lunches with his compadres Eddie Basha, Jr., Mike Gallagher, Herman Chanen, Don Ulrich and their special guests, and the practical jokes they shared are the stuff of legend. Many of Dan’s adversaries in the courtroom became his close friends – Leo Beus, Ron Mercaldo, Phil Goldstein and Elias Romley are but a few. Dan relished his role as counsel and a Board member for Bashas and was an advisor to three generations of the Basha family. He took great pleasure in his relationships with Bill Levine and John Stiteler, with whom he shared both the joy of the deal and the joy of friendship.

Beyond his legal accomplishments, Dan was also philanthropic. He served as a regent for Brophy College Preparatory, a board member and past president of COMPAS, a member of the Advisory Board of Homebase Youth Services and a board member for ChildHelp USA. His lasting charitable contribution, however, was as founder, Chairman and CEO of the Steele Foundation, which was funded by Dan’s longtime clients, Horace and Ethel Steele. Under his stewardship the Foundation’s corpus multiplied over threefold and more than $100 million in bequests have been distributed to beneficiaries in Arizona including Steele Indian School Park, Barrow Neurological Foundation, Burton Barr Library, Phoenix Art Museum, Arizona Science Center, Desert Botanical Gardens, Virginia Piper Cancer Center, Heard Museum, and the Herberger Center. The Foundation endowed the Daniel F. Cracchiolo Chair of Constitutional Law at the Sandra Day O’Connor School of Law and in 1992 funded the Steele Pediatric Research Center at the University of Arizona, a medical research facility dedicated to the eradication of children’s diseases. And the Steele Foundation is part of Dan’s legacy – his daughter Marianne now serves as its CEO.

Dan’s personal life was enriched when he married Pam Grant in 1988. Pam was Dan’s professional equal as CEO and President of the Goldwater Department Store chain and was his social equal as well. She introduced Dan to a life of enjoyment to complement his life of achievement. In 1996 they bought their first home on Vancouver Island and for many years Dan spent the summer in Canada rather than in the office, a shocking change of pace. This triggered a perennial exodus of family, friends and partners who left the summer heat in Phoenix to enjoy their hospitality and salmon fishing on the Nootka Sound.

Yet the catalogue of his accomplishments does not provide a complete portrait of Dan Cracchiolo. He was small in stature, but he was larger than life. No one worked harder, yelled louder or laughed harder – his raucous laughter echoed up and down the halls, often triggered by some absurdity he had witnessed in court that he couldn’t wait to share. His playful expressions to the firm’s lawyers included, “How long have you worked here, not including tomorrow?” He lapsed into a nap on the drop of a dime, smoked cigars good and bad, swore like a sailor rather than an Air Force vet, and loved his dogs (especially little Annie, who was constantly at Dan’s side). But his purest love was saved for his children and grandchildren, who were the great delight of his life.

In lieu of flowers, the Cracchiolo family requests tributes be directed to a cause near and dear to Dan’s heart, education. Please direct donations in Dan’s honor towards The Brophy College Preparatory Generations Endowment Fund, which will support Brophy students with verified need in perpetuity. May Dan’s memory be a blessing.
Condolences may be expressed at www.whitneymurphyfuneralhome.com

Offer Hugs From Home Condolence for the family of CRACCHIOLO, DANIEL FRANCIS