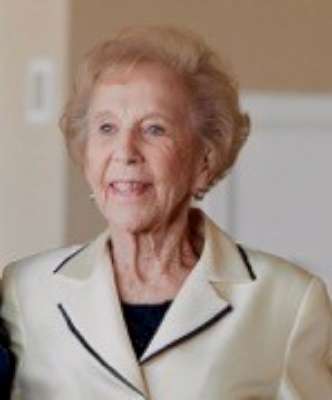 Mary Cramblet passed from this life to the next on July 16, 2016, surrounded by those she loved and who loved her. Mary’s last words were “love you.”  Born Mary Alyce Kirsch on June 12, 1929, in Roscoe, MN. She was the daughter of Martha Schmitz Kirsch and Marcus Kirsch.  Mary was proud of her father’s small town civic leadership and loved to tell stories about his grain elevator. Mary was preceded in death by her brother Michael Kirsch and her sister Irene Kirsch Reps and survived by her three children; Shelley Ann Dupuy (Michael John Dupuy), Jay Frank Cramblet and Julie Ann Rauch (David Eric Rauch) three grandchildren, Tyler William Kinnerup (from Shelley Dupuy), Emily Piper Rauch and Jack Spencer Rauch and three step-grandchildren, Michael John Dupuy, Jr., Taylor Andrew Dupuy (Christelle Vincent) and Elizabeth Olivier Dupuy (Taylor Brewster Alan-Lee).   Mary loved life.  A woman of action, she was always in motion, usually talking while she moved – oftentimes talking with someone she had just met (or, as Mary would call them, new friends).  Mary wanted to see the world, so after graduating from St. Cloud State University, she left small town Minnesota for the big city of Dallas, TX.  She quickly found the perfect job, as a stewardess for United Airlines, where she was paid to see the world while talking to new friends. Mary loved to tell stories about her time flying.  Passengers were mostly businessmen and they liked to take the stewardesses out on the town (with no expectations, because it was a different time back then).  Mary met Nat King Cole on one of those nights out.  Mary met (and dated) Jack LaLanne, who wanted her to come on his show as a fitness model (she declined).  She met a passenger who offered to let Mary sublet her New York City apartment . . . in the famous Dakota building (she accepted).  And she met a dashing young fighter pilot, Frank Cramblet, who she married in 1955. With Frank, Mary continued to see the world and had many adventures.  They traveled with Roger Staubach when Frank was stationed at the Naval Academy.  They lived in Puerto Rico and South America where Frank commanded bases.  They got to know John McCain when Frank was his Wing Commander on the U.S.S. Forrestal.  Mary took great pride in her role as a Commanding Officer’s Wife during Frank’s multiple tours of duty in Vietnam. Mary’s second act began post-divorce at Harris Trust.  She was eventually asked to take over the IT department, where her first task was to learn what “IT” stood for.  Mary figured that out and taught herself everything else she needed to know to do an outstanding job.  Her time at Harris Trust sparked her interest in investing, a passion which burned the rest of her life.  And again, she taught herself everything she needed to know to do an outstanding job.   Mary left her small town, but the small town lessons and values, like frugality and gratefulness, never left her.  Indeed, she was grateful before grateful was cool, often interrupting her own stories with rhetorical questions such as “who is luckier than I am?” or “who has it better than me?”  Mary appreciated every day, every opportunity to walk and talk and every piece of free food she could stash in her purse!  Mary’s energy and positive spirit will always be an inspiration for those of us lucky enough to have known her. In lieu of flowers, family requests donations to Hospice of the Valley, 1510 E. Flower Street, Phoenix, Arizona 85014 – www.hov.org. Arrangements entrusted to Whitney & Murphy Funeral Home.

Offer Hugs From Home Condolence for the family of CRAMBLET, MARY