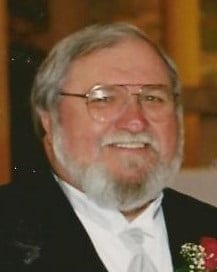 Philip Andrew Crowley, 74, of Phoenix died on December 25, 2020.  He was born in Grand Rapids, Michigan on August 21, 1946 to Bernard & Mary Crowley.  His family moved to the Phoenix area in 1955.  Phil graduated from Camelback High School in 1964.  Phil was retired from his career with the State of Arizona. In 1972 Phil married his wife of 43 years Joan M Crowley, who proceeded him in death. He was a man of faith who was active in his parish community of St. Thomas the Apostle Catholic Church.  Phil is survived by his daughters, Anna, Megan Cuccia (Jeff) & Erin, grandchildren Sam & Grace Cuccia, siblings Camilla Defriese, Debbie Hardy (Scott), Karen Dolter (Gerry), Kevin, Kathy Maney, Kim White (Chris) & Jim (Michelle) and many nieces & nephews. He was preceded in death by his brother Steve. Services will be held at St. Thomas the Apostle Catholic Church, 2312 E. Campbell Ave., Phoenix, AZ.  Visitation will be Tuesday, January 5th from 5-7 P.M., with a Rosary at 6 P.M.   A Funeral Mass will be held on Wednesday, January 6th at 10:30 A.M. Interment will follow at St. Francis Catholic Cemetery. In lieu of flowers, donations may be made in Phil’s name to St. Vincent de Paul Society.

Offer Hugs From Home Condolence for the family of CROWLEY, PHILIP ANDREW