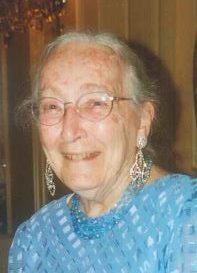 Kathleen M. Cummings, neé McFadden, 95. Our beloved mother, grandmother, and aunt passed away peacefully on the morning of December 29, 2017, in Phoenix, Arizona. She was the youngest child of Charles McFadden and Leora Belle McFadden, neé Higgins. Kathleen was born February 17, 1922 in Hays, Kansas and spent most of her childhood in Haddam, Connecticut. She graduated from Blackburn College with an Associate’s degree. In 1955, she moved to Phoenix where she met her husband, married in 1961, and went on to raise their three children. She worked as a full-charge bookkeeper for several different companies during her career, most recently Reppel Steel and Tracy Land & Cattle. She was a long-time member of the First Congregational Church (United Church of Christ) of Phoenix, where she was at various times a Sunday School teacher, a member of the choir, and served on several church boards and committees. She was also active in the PTA at Whittier Elementary School, a Girl Scout Leader, and supported many charities. After her retirement, Kathleen enjoyed travel, puzzles, reading, antiquing, and collecting Phoenix Bird China and Santa Claus memorabilia. Kathleen was preceded in death by her husband of eighteen years, Clarence Charles Cummings, her daughter Leora Belle Piazza neé Cummings, and her elder siblings Charles McFadden, Jean DeZego, and Elizabeth Stockton. She is survived by daughter Barbara Ann and son Henry Benton, as well as grandchildren Amber and Michael Piazza. In lieu of flowers, please send memorial donations to the American Cancer Society. A Memorial Service will be held Saturday, January 27, 2018 at 12 noon at Greenwood Memory Lawn, 2300 West Van Buren Street, Phoenix, AZ. Arrangements entrusted to Whitney & Murphy Funeral Home.

Offer Hugs From Home Condolence for the family of CUMMINGS, KATHLEEN M.