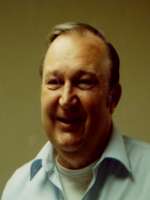 John William Curtin, MD, known to his friends as Jack and to many others simply as Doc, was born in Detroit, Michigan on April 25th, 1934. He died at home in Scottsdale, Arizona on January 14th, 2012. He is preceded in death by his parents John Michael and Gertrude Lohva Curtin and siblings Cathrine Reuscher, Gregory Curtin and beloved daughter Michelle Curtin Campbell. Survivors include his sister Dorothy Brady and his four sons Michael, Mark, Bryan (Karin), Stephen and grandsons Christopher, Benjamin, Mathew Cody and Jonathan. The oldest son of a General Motors tool-and-dye-maker, Jack attended medical school at Marquette University in Milwaukee, Wisconsin where he met and married Constance Ann Roller on June 25, 1960. Connie and Jack honeymooned in Arizona and moved to Phoenix where he interned at St. Joseph’s Hospital. One of the 3 original founders of Mountain View Medical Clinic, Jack and his partners built a thriving family practice providing primary care to thousands of east valley residents. Jack continued to practice medicine until 2011, retiring only 5 months before his death. He was a past president of the Arizona Academy of Family Physicians in the 1970’s and in the 1990’s hosted the annual convention of International Doctors in AA. Later in his career, Jack took a sub-specialty in Addiction Medicine and helped hundreds suffering from chemical dependency. After raising his own 5 children; Jack parented a number of foster children, among them Daniel Clayton, with whom he was particularly proud. Jack was also fiercely proud of his Irish heritage, a devout Catholic and a strong advocate for education. He showed champion English Bulldogs, enjoyed fishing and travelling, particularly to western Canada and made regular trips to Alaska with his children and grandchildren. Jack also enjoyed spending time in Pinetop, Arizona. Funeral Mass will be 1:30pm, Saturday, January 21st at the Franciscan Renewal Center, 5802 E. Lincoln Drive, Scottsdale, AZ 85253. Interment will be private at Holy Redeemer Cemetery. In lieu of flowers, please consider making a donation to the Bulldog Rescue of Arizona – (480-238-8383)
http://www.bulldogrescueofarizona.com

Offer Hugs From Home Condolence for the family of CURTIN, JOHN WILLIAM M.D.