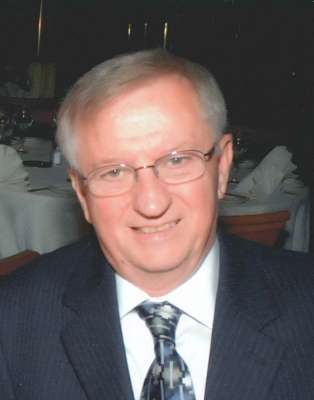 Thomas Cvelich, 69, of Cave Creek, Arizona, passed away on July 5th, 2014.  He was born on September 8th, 1944 in Flushing, New York to John and Catherine Cvelich.  Tom lived there until he was 8 years old and then moved to New Jersey.  In 1968 he moved to Arizona where his family still resides.

Tom is survived by his loving wife of 49 years, Marianne, his son Tom (Ann), daughter Kerry (Mark), and 5 granddaughters, Brittany, Caitlyn, Danielle, Megan, and Nicole who were all such a joy to him – especially as he cheered them on from the stands as they played their sports. Tom is also survived by his sister Catherine (Jack) of New Jersey, brother Ed (Terry) of Mesa, and sister Laraine of Florida.

In lieu of flowers, the family requests donations be made to the

American Cancer Society (cancer.org) or Leukemia and Lymphoma Society (lls.org) in his name.

Offer Hugs From Home Condolence for the family of CVELICH, THOMAS