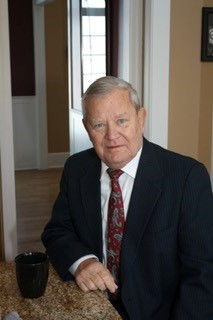 John “Sonny” Czerwinski, 82, passed away peacefully on August 25, 2019. He was born in Milwaukee, Wisconsin, on June 4, 1937, to the late Victoria and Romuald Czerwinski. He attended Pulaski High School, Milwaukee, where he lettered in wrestling and continued his education at the University of Wisconsin-Milwaukee. He began his extensive law enforcement career as a Police Officer with the St. Francis Police Department, St. Francis, Wisconsin. In 1965 he joined the Milwaukee County Sheriff’s Department as a Deputy Sheriff. He was a founding member of their Special Weapons and Tactics (S.W.A.T.) Team. John became a certified explosive ordnance demolition technician, at the Redstone Arsenal in Huntsville, Alabama, and trained in all methods of chemical warfare and weaponry. He was an instructor in police self-defense, rioting and crowd control, and the use of the police baton. He was a member of the team instructing over 2,000 police officers in Wisconsin from small and large metropolitan police departments, Wisconsin State Patrol, and Department of Natural Resource to numerous units and batteries of the Wisconsin National Guard. An expert in his field, John became an accomplished public speaker and was hired by Milwaukee Area Technical College to instruct their Police Science Series. In 1974, John and his family moved to Phoenix, Arizona, and he joined the Maricopa County Sheriff’s Department as a Deputy Sheriff. He received a commendation for his preparation of the Maricopa County Policy and Procedure Manual. In 1993 John received his Detective Certification. He retired in 1995. He was a Life Member of the Fraternal Order of Police. He was well known for and enjoyed making homemade polish sausage for family and friends. He treasured his friendships and enjoyed their annual hunting trip to Armer Ranch. He mostly enjoyed attending his grandchildren’s baseball, softball, football, basketball, soccer, volleyball and choir events. As a nephew of former Green Bay Packer President, the late Dominic Olejniczak, John was an avid Packer fan. His children and grandchildren are true “Cheeseheads” and carry on his passion for the team. John will fondly be remembered and missed by his loving children Kimberly (Craig) Caldwell, Susan (Mark) Bauer, Kevin (Anne) Czerwinski, and Sheila (Jon) Goodsmith. Grandpa John to Kirstyn (Aaron) Andrade, Megan Hayes (Fiancé Cody Schmidt), Kevin, Madelaine and Clark Bauer, Jack (Lea), Joe (Kendall) and Tom Czerwinski, and Erin and Shawn Goodsmith. He will be deeply loved and missed by his beloved Wanda Dietz, her daughter Ann Keil, grandson, Brian and great-grandson Tyler, as well as Kristine (Craig) Sperry. Further remembered and missed by many nieces, nephews and friends. He is preceded in death by his sisters Ramona Jaworski and Wanda Strzyzewski. In Lieu of flowers, contributions/donations can be made in John’s name to the 100 Club of Arizona – www.100club.org. A private service and celebration of his life will be held in the fall.

Offer Hugs From Home Condolence for the family of CZERWINSKI, JOHN