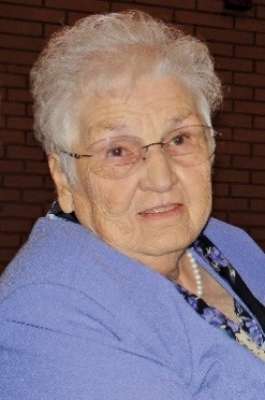 Carol Ruth (Mueller) Dakai born December 26, 1931 in Wausau Wisconsin to Gustave and Minnie (Rick) Mueller. Carol passed into her heavenly Father’s arms on January 8, 2015. Carol married her sweetheart, Henry “Hank” Dakai on October 7, 1950 and had a marvelous marriage. Carol and Hank’s love and caring for each other have been an inspiration to their children and grandchildren. Carol and Hank moved from their farm in Wausau, Wisconsin to Phoenix, Arizona in 1958. Carol was an accomplished baker and homemaker. Carol was very involved in her church, Christ Church Lutheran. Carol was always working behind the scenes, especially in the Kitchen; many spaghetti dinners, soup suppers, Lenten dinners, Easter and pancake breakfasts. Carol also was very involved with the Lutheran Woman’s Mission League and the Couples Club. Carol and Hank opened their home and hearts to many people throughout her life. Carol wanted everyone to be loved and fed. We always had extra people in our home for dinner and holidays; often we had family and friends living with us. If someone needed a place to stay Carol made sure they had a place to stay in our home. Carol loved to travel and went to many destinations in the US and abroad. Carol loved her family in Hungary and was instrumental in bringing our families back together. She and Hank went to Hungary several times and most recently in 2010.   Carol and Hank opened their home and lives to our Hungarian family when they wanted to experience an American life. Carol served as the Lioness Club (Lions) President for many years and helped raise funds for Camp Tatiyee, a camp for blind and challenged individuals. She cooked countless fundraiser dinners and organized many raffles to sponsor the camp. Carol actively supported the Los Olivos Senior Center, serving as President for many years. Carol’s most recent award was for Volunteer of the Year in 2014; where she was honored by the Mayor of Phoenix with a special banquet in her honor. Carol is survived by her husband Hank, son Steven (Brenda), daughters Ellen (Nathan) Bohlmann, Lorrie (Tony) Ching, Michelle Dakai, Amy (Andy) Gill, 11 grandchildren; Douglas, Eric (Charlotte), Crystal (James), Michael, Amanda, Julia, Rebecca, Joshua, Emily, Aidan, and Isaiah. Three great grandchildren; Norah, Dietrich, and James. Sisters Florence (Robert) Ament and Lorraine Zilisch, and the whole Hungarian Family. In addition to many nieces and nephews and Lotte Dock, a foreign exchange student who remained in her heart from Denmark. A Memorial Celebration for Carol was held on Sunday, Jan. 11th and a visitation at Whitney & Murphy Funeral Home on Monday, Jan. 12th. Carol will be interred in Wausau, WI on Saturday, Jan. 17th at Rest Lawn Memorial Park at 11:00 am. In lieu of flowers, Hank wishes donations in Carol’s memory be made to Christ-Church Lutheran for the CCL Scholarship Fund – 3901 E. Indian School Rd., Phoenix, AZ 85018

Offer Hugs From Home Condolence for the family of DAKAI, CAROL RUTH (MUELLER)