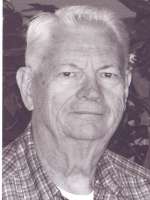 It is with great sorrow that our family announces the passing of Tom on December 15, 2010, just two days after celebrating his 81st birthday. He was born on December 13, 1929, to Richard Earl and Rosa J. Dean in Phoenix, Arizona. Tom was a veteran of the United States Army, serving during the Korean Conflict in the Far East and Europe. In 1985, he retired from Mountain Bell as an Engineer with 34 years of service. His main interest was Ham Radio and he spent many hours coordinating frequencies for various entities throughout Arizona. He enjoyed volunteering for public service events, was a member of two search and rescue groups, and he renewed his pilot’s license so he could do a little flying. Riding his motorcycle and photography were other favorite pastimes. He is survived by his loving wife, Joan; sisters Wilma Minuth, Barbara Maddux; and his brother Richard (Linda) Dean, along with his nephews and nieces. Visitation will be from 9:00-10:00am, with a Funeral Service at 10:00am, Wednesday, December 29th at Whitney & Murphy Funeral Home, 4800 E. Indian School Road. Interment will follow at Paradise Memorial Gardens. In lieu of flowers, donations in his name may be made to your favorite charity or the Alzheimer’s Association.

Offer Hugs From Home Condolence for the family of DEAN, THOMAS H