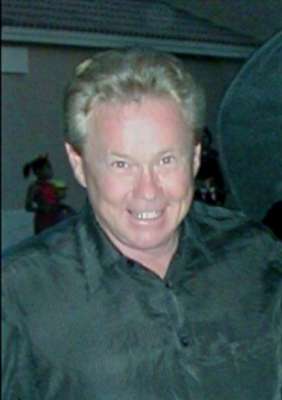 Wesley Allen DeMarce “Red” 66, one of the last, true Marlboro men, passed away Saturday, August 15, 2015 at his home in Mesa, surrounded by his children.

Red was husband to his high school sweetheart, Susan (Lewis), dad to Matthew (Amy) and Kristy, (Hale), devoted Papa to Lexi, Mattie and Lyndy, son, brother, uncle and friend to many. A Phoenix native, he attended Papago Elementary and North and East High schools. A General contractor, Red did and mastered just about everything. He was a world traveler, cowboy, businessman, entrepreneur and world class chef, just to name a few. He could cook everything, build anything, fix everything, grow anything, take all your money in poker, train and run champion bird dogs, break and ride any horse, build and race hotrods, fish, shoot, hunt. He was as comfortable in a tux as he was Red Wings and jeans. With a wicked sense of humor, Red worked hard, played hard and lived his life to the fullest. Visitation will be held from 3:00 – 5:00 PM, with a Funeral Service at 5:00 PM, Saturday, August 22, 2015 at Whitney & Murphy Funeral Home, 4800 E. Indian School Road, Phoenix.

Offer Hugs From Home Condolence for the family of DeMARCE, WESLEY ALLEN