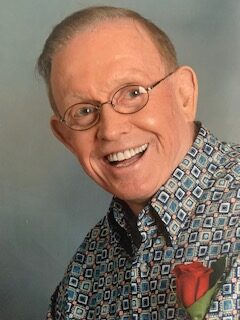 Charles Hugh “Hughie” DeMore, Phoenix native and longtime resident, passed away peacefully Thursday morning, December 1, 2022, less than a mile from where he was born. He was the first of twin boys to come into this world on June 29, 1929, at St. Joseph’s Hospital; his parents were Mayme Smith and Charles DeMore.

After graduating from St Mary’s High School in 1947 and serving a short stint in the Air Force during the Korean War, Hughie started the Universal Drywall Company with his best friend, Walter “Blackie” Cave. Over a span of 75 years, together they grew that initial start-up into a variety of business ventures, including cotton farming, commercial real estate, aircraft sales, leasing and operations, restaurant ownership, and clandestine international operations in a variety of war-torn nations during the 1970’s and ‘80’s, the nature of which may never be fully revealed. Flying as captain in politically unstable countries and meeting challenging operational assignments from private and governmental entities was a testament to his intelligence, tenacity and fearless optimism.

While running Universal, Hughie earned his pilot’s license. Over his lifetime, he owned too many aircraft to list, beginning with a Stinson and culminating in a Boeing 707. He especially loved flying the P-51 Mustang and anything Beechcraft built, including the “Twin Beech.” He flew for business and pleasure, often terrifying his passengers, especially his friends and family, with his airborne antics. For over 30 years he served as Captain for a number of carriers, both domestic and foreign. His other early passion was racing “Midget” race cars during the 1950s, along with one of his inspirations, Jimmy Bryan, who went on to win the Indianapolis 500 in 1958, only to be killed two years later in a crash. Hughie’s racing career was cut short when, unbeknownst to him, his mother (who he adored) managed to get his sponsorship revoked by threatening his tire store owning sponsor with death. He didn’t discover that fact until many years later and somehow found it in his heart to forgive her.

Hughie lived a full life spanning 93 years, mostly due to his love of adventure, enthusiasm for life, and positive outlook. He was often heard gregariously addressing friends with his common expression, “What do ya know?!” Nobody told a story like Hughie did; his laugh was infectious. He lived life on his terms, never taking no for an answer. He will be missed by those who loved him, and remembered by all those whose lives he touched.

A service will be held at 2:00 PM on Friday, December 9, 2022 at St. Francis Cemetery, 2033 N. 48th Street in Phoenix. A celebration of life will follow at Dad’s home. All are welcome! Condolences may be expressed at www.whitneymurphyfuneralhome.com.

Offer Hugs From Home Condolence for the family of DEMORE, CHARLES HUGH “HUGHIE”