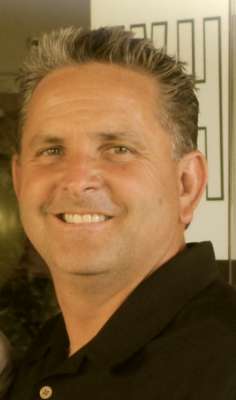 Bill Desmarais, 52, of Phoenix, Arizona passed away January 5, 2017. He was born in Dover, Delaware on October 2, 1964 to Lawrence and Margaret Desmarais. He was raised in Phoenix and attended grade school at Campo Bello Elementary and graduated from Paradise Valley High School. Bill began his professional life in the printing business and eventually joined American Express in the mid 80’s where he handled a majority of the companies printing. From American Express, Bill made his second career transition as a Real Estate Agent in the valley. One of his greatest gifts was his sales personality which led him to being named as a top sales performer. For several of those years, he was ranked in the top 1% of agents. Bill’s most recent successful business was in the car business. Bill gave his constant love and support as a husband and father to his family. He loved family getaways, softball games, mountain bike riding and most of all dinner and a movie. Bill will always be remembered by his extreme generosity and passion to help others. He always tried to go above and beyond for his family members, co-workers and quite often strangers. Bill is survived by his two daughters Marissa and Nicolle Desmarais and his former wife Teena Desmarais, all of Scottsdale, AZ; mother Margaret of Mayor, AZ; sister Lorraine of Phoenix, AZ; brother Raymond (wife Brenda) of Mayor, AZ and brother Bobby of Kingman, AZ. Bill has four beautiful nieces Racheal, Brandice, RaeAnn, Laicee; seven great nieces; three great nephews and one great great niece. Bill’s father Lawerence preceded him. The family of Bill will celebrate his short, but wonderful life on Thursday, January 12, 2017 at 2:00 P.M. at Whitney & Murphy Funeral Home, 4800 E. Indian School Road, Phoenix. In lieu of flowers, donations can be made to www.christopherreeves.org in memory of the Desmarais Family.

Offer Hugs From Home Condolence for the family of DESMARAIS, BILL