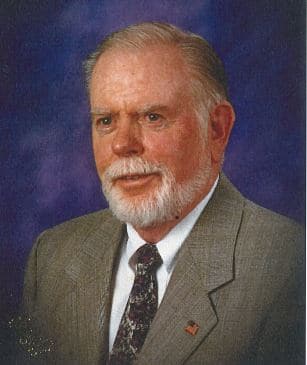 The obituary of Edman L. Devenney, known as Nick to most, will tell you some of the events in his full life, but cannot convey how many people he touched in wonderful and caring ways throughout his life. There are special people who make a difference in the lives of others and Nick Devenney was a gift to those he touched. He left us on April 11, 2021, in Phoenix, Arizona. He was born on October 18, 1934, in Wilmington, Delaware to Charlotte and Edman Devenney. In the early 1940’s he had a very risky pediatric spinal fusion by a renowned orthopedic surgeon at A.I. Dupont de Moeurs Institute. He was there during his grammar school years, so never did go to a grammar school. In 1948 he and his parents moved to Phoenix. After taking a state educational placement exam, he was considered a high school senior. He entered Phoenix Union High School as a Freshman and subsequently graduated from there. Nick then accepted an apprenticeship under Frank Lloyd Wright at Taliesin West.
After realizing he needed to pursue a different education process, he studied at the College of Architecture at Arizona State University. Nick said, “I learned the formalities of architecture at Arizona State University, but I learned the soul of Architecture at Taliesin.” In 1964 he received his State of Arizona Architectural Registration, and through his career became a member of the American Institute of Architects, as well as a Founding Member of American College of Healthcare Architects.
His 50-year professional journey began in 1962 when he and a friend, Miles Stahm, started the firm Devenney and Stahm Architects. They were in partnership for 18 years and remained friends forever. In 1980 he formed Devenney Associates, Ltd. which specialized in healthcare facility design. Nick envisioned a need to provide professional services to healthcare providers, offering clients turnkey services. He formed multiple divisions to meet that need, including development, architectural and engineering services, interior design, and property management. In 1996 he began Devenney Group, Ltd., specializing in professional architectural services and healthcare solutions. The firm expanded to include offices in three states: the corporate office in Phoenix, two offices in California, and an office in Texas. Through Nick’s generosity, a number of Devenney Group associates were given ownership in the firm. Nick elicited dedication, admiration, and loyalty from all of his co-workers. He was always generous, had a witty sense of humor, and was a master storyteller. He not only provided professional services for clients, but also developed valued friendships with them due to his openness and warmth. His company continues under new ownership “Devenney Group”. Nick sold his interest in the firm in 2010, but was never one to retire.
Nick was a Renaissance Man. He was an avid reader and writer. In addition to being published in multiple healthcare publications nationwide, he published a book about his journey from pediatric patient to hospital architect called “Healthcare Design and Other Oxymorons”. Another book, “My Wonderful Life as a Dog-so-Far” was humorously written about Mandy, he and his wife Joan’s dog. Nick and Joan, the love of his life, loved to travel, and those travels took them to countries around the world. They also spent time at their timeshare in Newport, California.
Nick is survived by his wife Joan, an adopted sister, Peggy Sale, two children, Barry (Stacey) and Lauri (Chris), two stepchildren, Steve (Rhonda) and Ronald Bennett; also, three grandchildren, Sean and Tess Devenney, and Taylor Simmons.
Thanks to all the folks at the Lincoln Heights Assisted Living and Hospice. Their care was loving and thoughtful. This obituary was the results of help from his closest friend, Carol Mook.
In lieu of flowers, Nick asked donations to be made to St. Jude’s Children’s Hospital.
Services will be held at Paradise Valley United Methodist Church, 4455 E. Lincoln Drive, Paradise Valley, on Thursday, April 22, 2021 at 10:00 A.M. The service will be viewable via a Zoom link forthcoming. Please follow all COVID 19  guidelines for the wearing of facemasks at the Church and please make a note that the seating will be limited.  A Celebration of Edman’s Life to follow at noon at L’amore Italian Restaurant, 3159 E. Lincoln Drive in Phoenix.

Offer Hugs From Home Condolence for the family of DEVENNEY, EDMAN L.