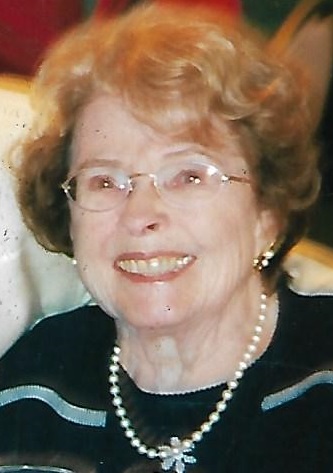 In the early morning hours of Saturday, November 9, 2019, Lee left this earth. Lee was born in Duluth, MN on July 3rd, 1924. Her parents, Mary and Albert Hoving welcomed their only child with great love. Lee grew up on a farm in Palisade, MN on the banks of the Mississippi River. During World War II the family moved to Duluth where Lee graduated from high school and went to school to become a draftsman. Lee joined the Navy as a WAVE and was shipped to Norfolk Naval Air Station, Virginia to repair cameras that were used in airplanes. It was in Norfolk that Lee met and married her husband of 72 years, Mike Di Cerbo. Their first two children Michael and Mary were born in Norfolk. Later the family moved to Columbus, Ohio, Pontiac Michigan and finally to Phoenix and Scottsdale where Mike worked for Motorola. Their son, Paul was born in Phoenix. Motorola provided the opportunity for Mike, Lee and Paul to move to Geneva, Switzerland for 6 years then on to Hong Kong for 2 years. Throughout the years of moving and raising their family Lee was a docent at the Heard Museum, excelled as a seamstress, and volunteered in the library at her children’s school. She was also a member of the Scottsdale Boys and Girls Club Auxiliary. While in Geneva she traveled extensively throughout Europe, Africa and the Middle East. Travel was a lifelong dream for Lee. In Hong Kong, Lee researched the Shar-Pei dogs and found Matgo Law who is credited with bringing the dogs back from extinction. Her first puppy shipped from Hong Kong back to Scottsdale was Tai-Tai. That began many years of breeding and showing Shar-Peis and Lee founding the Arizona Shar-Pei Club. Early on Lee diagnosed herself and began her long struggle with Alzheimer’s. Until the end Lee maintained her humor and pleasant attitude in spite of the disease. When asked, her response was always that she was, “just fine.” Lee is preceded in death by her husband, Mike. She is survived by her children, Mike, Mary, Paul (Valeri.) Her grandchildren, Adam (Sophia), Nico (Michelle) and great grandchildren, Wesley (5 years old) and Luca (3 years old.) A military service will be held at the Arizona National Cemetery, Friday, November 22, 2019 at 9:30 a.m. with a breakfast buffet following the service. In lieu of flowers donations can be made to the Alzheimer’s Association or Sage Hospice.org in remembrance of Lee.