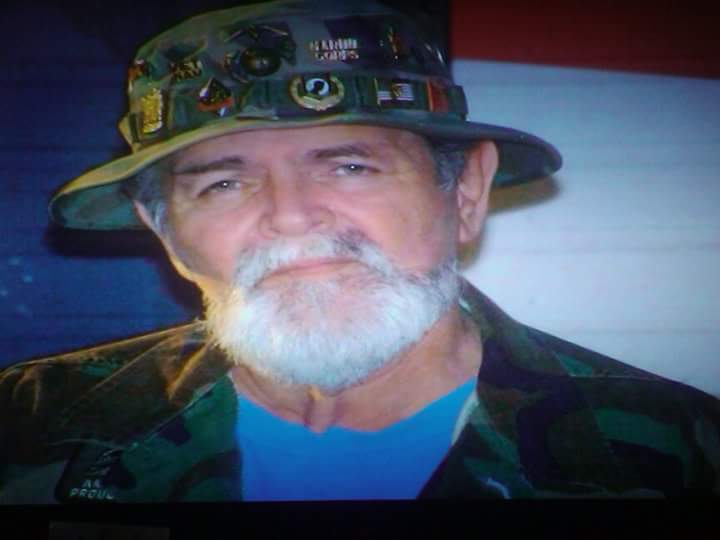 Steven Eugene Diaz entered Heaven on December 20th, 2017, he was 67 years young. He is survived by his wife Cathy Barron Diaz of 46 wonderful years. He has two daughters, Merihelen Diaz Nunez and Sandra Diaz Perez. He lives on through his seven grandchildren Alaina Lechuga (23), Monique Lechuga (19), Stevie Lechuga (16), Eden Nunez (8), Layla Perez (8), Jacob Perez (3), Andy Perez (1), and 1 great granddaughter Adelina Medina (7 mos.). He was born in Scottsbluff, Nebraska and spent his childhood in Golden Gate, a suburb of Phoenix. He served his country proudly in several different branches of the military including the Marines, Army, Reserve and Guard. Steven was a man of many accomplishments. Some of his contributions could be seen and felt in his community and amongst his friends and co-workers. His actions will benefit generations to come as he helped preserved the original Sacred Heart Church in the neighborhood he grew up. Steven touched many lives and became a pillar of honor, strength and action to all who knew him. You will be dearly missed, deeply loved and forever in our hearts. We love you Dad! On Wednesday, January 3, 2018 a Visitation will be from 5:00 P.M. to 8:00 P.M. with a Rosary prayer at 7:00 P.M. at Whitney & Murphy Funeral Home, 4800 E. Indian School Rd., Phoenix. Funeral Mass will be celebrated at Sacred Heart Catholic Church, 1421 S. 12th Street, Phoenix on Thursday, January 4th at 9:00 A.M. with Burial following at St. Francis Catholic Cemetery, 2033 N. 48th Street, Phoenix.

Offer Hugs From Home Condolence for the family of DIAZ, STEVEN EUGENE