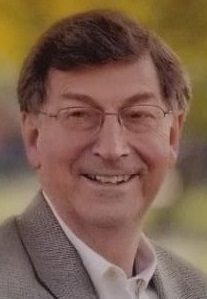 Robert A. Dick was born on October 21, 1936 in New Deal, Montana, the son of A.N. and Katheryn Dick, and passed away surrounded by family on October 1, 2019 in hospice care in Phoenix, Arizona. He attended Tabor College and graduated with a Bachelor’s Degree in biology. He was married to Verla Wichert on June 5, 1960. They made their home in Topeka, Kansas where they had two children. He was devoted to family, career, community and faith. He became a building contractor and real estate developer. Robert was an active member of the Topeka Home Builders Association, and the professional relationships with all his associates were very meaningful to him. He was also actively involved in the Mennonite Brethren Church and Conference and Topeka Civic Theatre Board. In his later years, he found fulfillment working with building projects in India and in the construction of the Ethiopian Mennonite Church in Kansas City. He and Verla moved to Arizona in 2014 to be with both children and their families. Robert’s two children live in Scottsdale: his daughter, Chistine Dick and his son and wife, Cameron and Debbie Dick, and granddaughter, Ava Dick. He is survived by his sisters, Marion (Don) Graumann of Hillsboro, Kansas and Shirley (Dale) Jost of Hesston, Kansas and many beloved nieces and nephews.

Offer Hugs From Home Condolence for the family of DICK, ROBERT A.